Towards Human-Centered AI: Understanding Human Production and Consumption of Explanations

AI plays an increasingly prominent role in decision making for societally critical domains such as criminal justice, healthcare and fake news. It is crucial that the AI systems be able to explain the basis for the decisions they are recommending in ways that humans can easily comprehend, thus serving as a bridge between humans and AI.

While most current computational research in generating explanations focuses on the AI side, this talk focuses on our recent work on how humans provide and interpret explanations. First, I will discuss the distinction between emulation and discovery in building AI and its implications on the role of human explanations. Second, I will show that human explanations can vary substantially across tasks/datasets and advocate rethinking the challenges in obtaining human explanations. Finally, we demonstrate the effectiveness of explanations as real-time assistance in improving human decision-making and as model-driven tutorials to help humans understand model behavior. 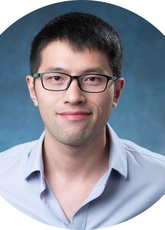 Chenhao Tan is an assistant professor of computer science at the University of Chicago, and is also affiliated with the Harris School of Public Policy. He obtained his PhD degree in the Department of Computer Science at Cornell University and bachelor's degrees in computer science and in economics from Tsinghua University. Prior to joining the University of Chicago, he was an assistant professor at the University of Colorado Boulder and a postdoc at the University of Washington. His research interests include natural language processing, human-centered AI and computational social science. His work has been covered by many news media outlets, such as the New York Times and the Washington Post. He also won an NSF CAREER award, an NSF CRII award, a Salesforce research award, an Amazon research award, a Facebook fellowship and a Yahoo! Key Scientific Challenges award.