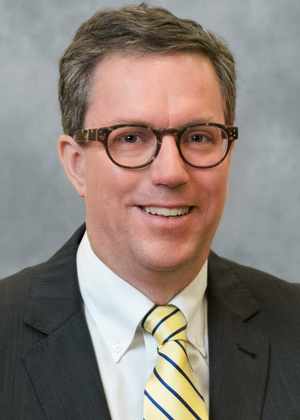 In addition to his teaching and research, he has held several administrative appointments in the School of Information, including: Associate Dean for Research and Innovation (2006-2010); Senior Associate Dean for Faculty (2010-2012); Senior Associate Dean for Academic Affairs (2012-2015); acting dean (2013); and interim dean (2015-2016). He was appointed dean in April 2016. His priorities as dean include expanding the number of online courses and degrees offered by UMSI, diversifying the pipeline for information technology employment, and applying research at UMSI to increase civic engagement and to improve the quality of online public discourse.

Finholt was a co-founder and then director of the Collaboratory for Research on Electronic Work (CREW). Starting in the mid-1990s and continuing for 20 years, CREW pioneered the study of human computer interaction in organizational settings, including research on many applications that are now commonplace, such as videoconferencing and shared document editing.

His current research contributions include the organization of a network of faculty across 13 units on campus to develop an augmented/virtual/mixed reality strategy for the university. He is also active in the sports analytics initiative, where students from various disciplines work with trainers and coaches in U-M Athletics to analyze athletes’ health, safety and performance using data gathered from wearable devices.

Finholt received a BA in history from Swarthmore College and a doctorate in social and decision sciences from Carnegie Mellon University. Prior to completing his PhD, he held a National Science Foundation Graduate Research Fellowship.

Elizabeth Yakel, PhD, is a professor and Senior Associate Dean for Academic Affairs at the University of Michigan School of Information. Her teaching and research foci are in the areas of digital archives and curation. Throughout her career, she has researched how users discover, analyze and use primary sources and investigated how metrics can be used to better serve both researchers and the repositories that serve them. Her research currently focuses on data reuse and how to make archived research data not only technically renderable but also meaningful to those who did not originally collect or produce the data, now and in the future. Her research has been funded by the Andrew W. Mellon Foundation and the Institute for Museum and Library Services (IMLS). She is active in the Society of American Archivists (SAA), where she served on the governing council and was elected a fellow in 1999.

She holds a bachelor's degree from Brown University and an AMLS and PhD from the University of Michigan.

Paul Resnick is the Michael D. Cohen Collegiate Professor of Information, the Associate Dean for Research and Faculty Affairs, and director of the Center for Social Media Responsibility.

His current projects include nudging people toward politically balanced news consumption and health behavior change, crowdsourcing rumor tracking and fact-correction on the internet, and social media monitoring. He was a pioneer in the field of recommender systems. The GroupLens system he helped develop was awarded the 2010 ACM Software Systems Award. His 2012 MIT Press book (co-authored with Robert Kraut), is titled Building Successful Online Communities: Evidence-based Social Design. He holds a bachelor's degree from the University of Michigan and master's and PhD degrees from MIT. 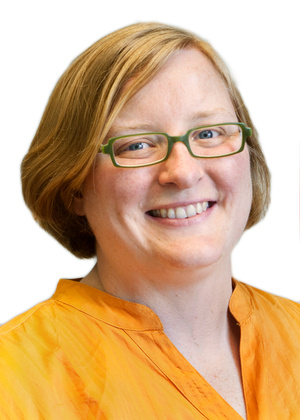 She currently heads a research team intent on increasing the cardiovascular safety of patients undergoing hemodialysis therapy, funded by a $6.7 million award from the Patient-Centered Outcomes Research Institute (PCORI). Her research has also been funded by institutions such as the National Science Foundation, Centers for Disease Control and Prevention, the Department of Veterans Affairs, Institute for Museum and Library Services, and Canadian Institutes for Health Research.

She began her career at the University of Michigan Career Center, where she worked as a career counselor and then led internship and recruitment services. She is the 2008 recipient of the university's Outstanding Leadership Award. She is co-author of The New Information Professional: Your Guide to Careers in the Digital Age, published by Neal-Schuman. She holds an MA in higher education and student affairs and a BA in psychology from The Ohio State University and holds a PhD in higher education administration from the University of Michigan. 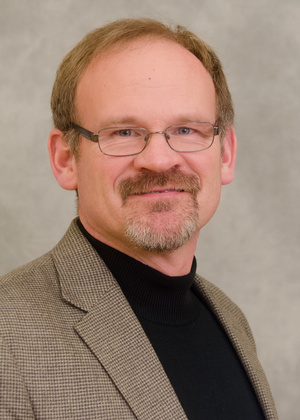 Scott Staelgraeve joined UMSI in 2013 as the school’s chief administrative officer and chief of staff. He directs overall strategic planning and implementation, policy and organizational development, and resource allocation for the school. Prior to coming to UMSI, he worked for nine years for the Michigan Department of Agriculture and Rural Development, where among other responsibilities, he was the general manager of the Upper Peninsula State Fair. Previous employers include Cabela’s and Ducks Unlimited. He holds a BS from Michigan State University and an MBA in finance from Baker College Center for Graduate Studies.