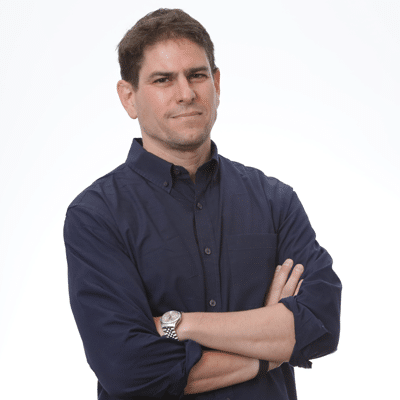 Ian Rosen is an investor, entrepreneur, and former executive in the financial technology and financial media space. Most recently he served as CEO of Stocktwits, Inc., the largest social network for investing and trading with more than 3 million members. During his tenure there he also built and launched ST Invest, LLC, a broker-dealer subsidiary of Stocktwits which was the first social brokerage to be approved by FINRA.

Prior to Stocktwits, Ian co-founded and was CEO of Even Financial, a supply side platform for matching customers with financial services products, and which includes investors such as Goldman Sachs, American Express, and other top tier firms.

Before founding Even Financial, Ian was General Manager of MarketWatch, Inc., one of the largest multi-channel financial news organizations globally.

He has also served in various roles at Goldman Sachs, Thomson Reuters, Dow Jones, and other companies.

Ian graduated with Highest Honors from The University of Michigan, with an independent honors concentration titled “Convergence in Digital Media.” The concentration included significant coursework in the University’s School of Information where he now serves on an external advisory board. Ian volunteers as a mentor for new entrepreneurs through Techstars, and as a mentor for veterans returning to the workforce through American Corporate Partners.