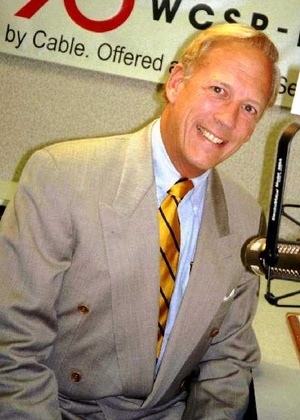 A 2016 inductee to the Cable Telecommunications Industry’s Hall of Fame and a pioneer and internationally recognized expert in the telecommunications industry, John D. Evans is frequently called upon by universities and other groups to speak on the movement from the analog to the digital age, the convergence of media and high-speed computer networks, new broadcast and wireless technologies, and the growing universe of the internet.

Evans was one of the founders of C-SPAN in 1977, later serving as its chairman, and he remains active on C-SPAN’s executive committee. He is also founder of the John D. Evans Foundation and through it has put into action his commitment to AIDS and cancer research and to the protection of the environment. His efforts on these fronts include heading up The Waterford Project, a four-university research alliance to accelerate the development of an AIDS vaccine.

In 2001 he received the League of African American Women’s annual award for contributions to fighting the AIDS pandemic. He has long served on the advisory board for the Institute of Human Virology, and in 2002 he was elected to the board of directors of the International AIDS Vaccine Initiative. In 2008 the Institute of Human Virology honored Evans with its Lifetime Achievement Award for Public Service. He was elected to the Internet2 Board of Trustees in 2011 and serves on the finance and audit committee.