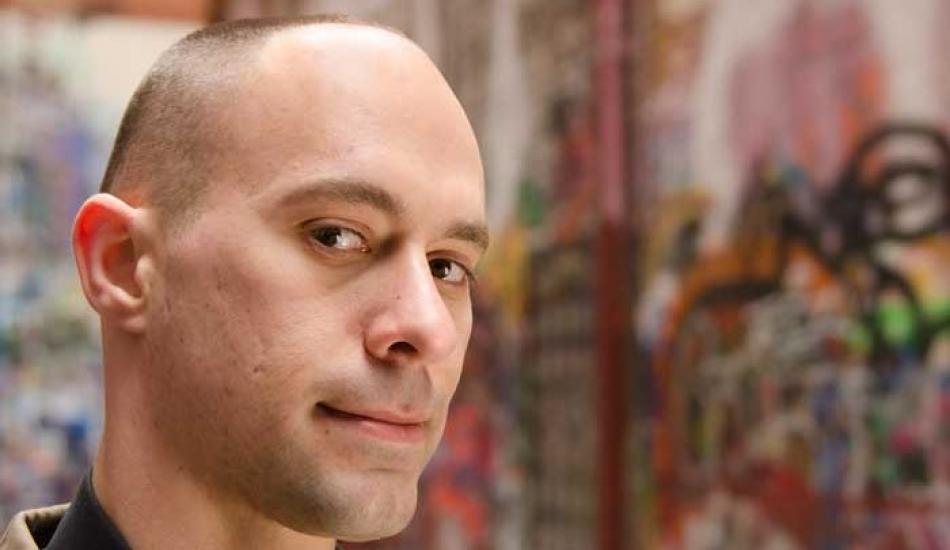 Chad Kijewski took a different route to UMSI than many when he enrolled in the master’s program. Prior to entering UMSI, he served four years in the U.S. Army and deployed twice in support of Operation Iraqi Freedom. Chad is also one of a small group of students who elect to pursue dual master’s degrees. In May, he graduated from UMSI and the Gerald R. Ford School of Public Policy, where he focused his studies on information analysis and retrieval, international relations, and national security policy.

Chad grew up just outside of Detroit in Center Line. He majored in political science and pre-law at Michigan State. After graduating in 2006, Chad decided to put law school on hold for a couple of years to accept a commission in the Army. “I had always been interested in the military as a kid and I wanted to go out and do something while I still could,” he said. “I also think that 9/11 had an impact on my decision. I could see that life in the Army was not going to be just garrison duty, but instead I would actually be going out to accomplish an important, overseas mission.”

Chad served with the 1st Brigade, 1st Cavalry, also known as the Ironhorse Brigade, which has a rich heritage with cavalry, artillery, and logistic units dating back before the Civil War era. He trained in several states before being stationed in Fort Hood, Texas in September of 2007. Chad was then immediately deployed to Baghdad, Iraq as a tactical intelligence officer. He served in theater until February 2008, where he analyzed and disseminated intelligence to a squadron of over 500 cavalrymen. In November 2008 he again deployed to Baghdad where he served until May 2010 as a company executive officer and signals intelligence platoon leader, managing a 68-person intelligence unit that provided military intelligence support to his Brigade’s combat operations.

“After hitting the four-year mark and fulfilling my obligation with the Army, I started thinking about furthering my education,” he said. “I wasn’t as interested in law by this point, but I found the School of Information and felt it was more relevant to my work. Intelligence deals with managing and analyzing a ton of information; I experienced this every day when I would go to work and there would be hundreds of messages and reports waiting for me,” said Chad. “I thought it would be really nice to learn about ways to aggregate and organize this information to make it easier to connect the dots.”

Currently, Chad is the state’s joint intelligence plans and policy officer for the Michigan Army National Guard where he helps write emergency contingency plans. He fills his spare time by being an avid computer gamer and following college football; he also ran in the Detroit Marathon each of the three years he studied at Michigan.

Being in a dual degree program wasn’t as stressful as Chad had first imagined. He spent his first year studying at Ford, his second year at UMSI, and his third and final year going between the two schools. “It was a lot of walking,” he joked. At UMSI, he specialized in Information Analysis and Retrieval.

Chad said he learned a great many practical skills at UMSI. “Scripting, databases, graphic design… I really value these skills; they’re versatile and I don’t believe that I would have gained them at another information school or program,” he said. As a 2013 graduate, Chad says he feels prepared and has gained the tools to analyze and implement security policy and information organization and presentation. He is confident that his time at UMSI will be a key to success as he continues his intelligence career.