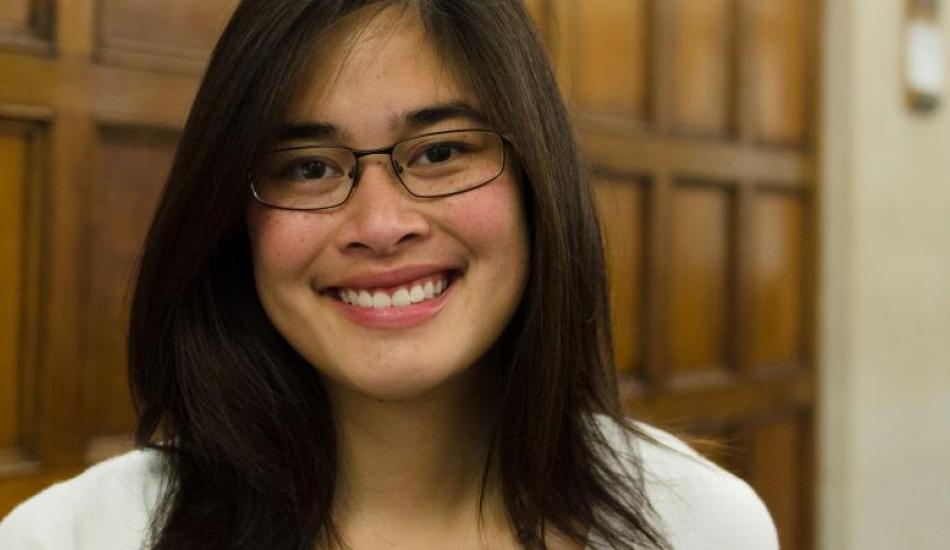 With a background and interest in computational linguistics, Lan VoBa surprised herself a bit by gravitating to the field of health informatics once she arrived at UMSI.

She had initially considered a career as an English language teacher and earned an undergraduate degree in English and linguistics. But deciding that she didn’t have a grand passion for teaching and being drawn to the booming field of technology, she earned a two-year degree in software development at a local community college in Bellevue, Washington.

“I still had computational linguistics in mind when I came to UMSI,” she recalls, “but over the course of my first year, I was introduced to health informatics. I officially changed my career goals when I began working toward the graduate certificate of health informatics.  There are so many opportunities to have an impact, to contribute to the consumers of health care as well as the providers.”

In the summer between her first and second year in the MSI program, she was an IT intern at Humana in Louisville, Kentucky, part of a scrum team developing an internal web-based tool for the organization. She continued working with them remotely during her second fall semester at UMSI. Her final winter semester, she interned at Altarum, on the Information Technology and Strategies team.

During her time at UMSI, Lan played an active leadership as an officer for both SOCHI and SOIAR. She was a key coordinator for the School of Public Health’s Day of Design Thinking 2014, QuasiCon 2014, and Ann Arbor World Information Architecture Day 2014. Additionally, she participated in a number of school-wide services initiatives, including UMSI Service Day and Alternative Spring Break in both 2013 and 2014, and served on the ASB steering committee in 2014.

She was a member of the first cohort of students to go to India during the summer of 2014 as part of the UMSI Global Information Engagement Program. She and her team worked to improve the collection and management of health data in India.

At the 2014 Graduate Recognition Ceremony on May 2, Lan was honored as the second recipient of the Nikki Candelore Roda Student Impact Award, presented by Nikki Roda (MSI ’13) herself. One of the nominators said of Lan,  “she has made outstanding contributions to UMSI through action and spirit over the past two years; she is well on her way to making the world a better place.”

Lan grew up in the Seattle area and is a graduate of the University of Washington. In August 2014, Lan officially graduated from the School of Information with a master of science in information and plans to work in the field of health care, health IT, electronic health records and/or data analytics.