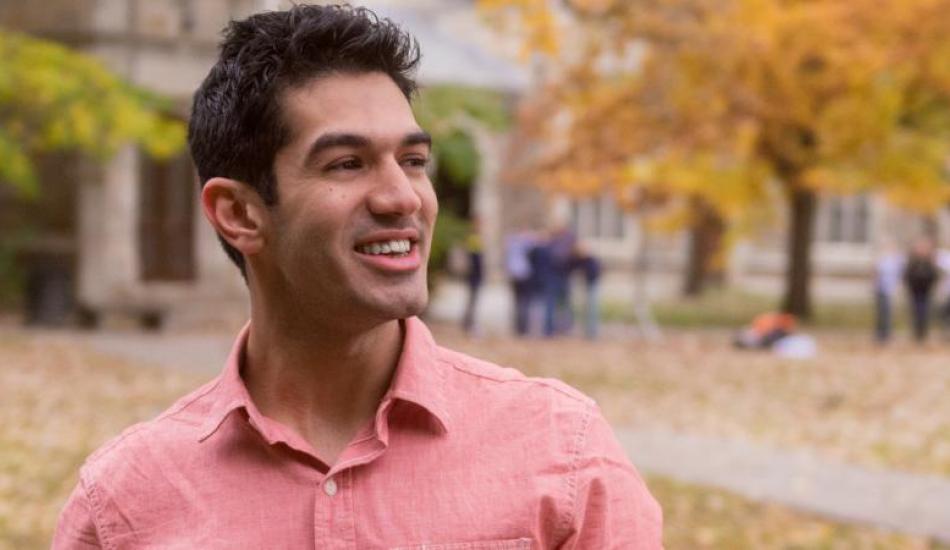 Siddharth Soni credits his background as a model and actor with giving him a foundation to learn about human behavior. “I got to understand more about the different behaviors of people,” says Siddharth. “Modeling and acting gave me a broad perspective of different kinds of people, lifestyles, emotions, and how people react differently in certain situations.”

After graduating in 2012 with his bachelor’s in Computer Science Engineering from Rajiv Gandhi Technical University in Bhopal, India, Siddharth worked as a business analyst for Vinyaasa Architecture & Design, where he managed multiple projects in agile methodology, and developed and designed the company website. But he realized he wanted to interact more with people, so he decided to pursue modeling.

For six months, Siddharth modeled for and landed seven television commercials for companies like Nokia, Honda, and Airtel, and placement in catalogs and billboards; he was even among the Top 20 finalists for Gladrags magazine’s Manhunt (Mr. India) Contest. Still, he wanted to make more of an impact off-screen. “It was my turn to give back to the community and be resourceful and innovative,” he says. “I want to be on the Forbes list.”

Coming to UMSI was an easy decision for Siddharth, who chose to specialize in human-computer interaction. In his first year, Siddharth worked part-time as an Information Mentor and participated in Alternative Spring Break, where he helped to promote and market Chicago non-profit Instituto Cervantes’ E-learning resources. He also participated in the annual Startup Trek to New York City, A2 DataDive, a local event where UMSI students work with local nonprofits to address their organizational data needs, and design jams. Siddharth was the winner of the March 2014 Bosch Design Jam, and at the January 2014 Google Design Jam, Siddharth and his team were awarded “Most Creative Design.”

In the summer of 2014, Siddharth worked as a UX intern for Organic Inc., a marketing agency based in Troy, MI, where he worked with clients such as Kimberly Clark, Olay, and the Pulte Group to perform CRM, a social bench marketing audit, and information architecture. “I learned a lot about myself [through my internship],” says Siddharth, who wants to pursue UX research and product management. “I learned that I had to be more organized, resourceful, and assertive.”

Siddharth is also taking advantage of UMSI’s entrepreneurial resources. He is leading a three person team to develop You Never Know, a location-based social networking mobile application that aims to connect people who are in the vicinity of each other through information sharing. The app is slated to launch in December 2014. “One of the biggest reasons I came to Michigan was to learn the skill set to build the next big thing,” he says. “I like to think about what would make people’s lives better.”

After graduating in May, Siddharth hopes to land a position with a company like Google, Apple, or Samsung. In the meantime, he plans to continue working on his start-up. “UMSI is a great program and the world needs more information professionals.”