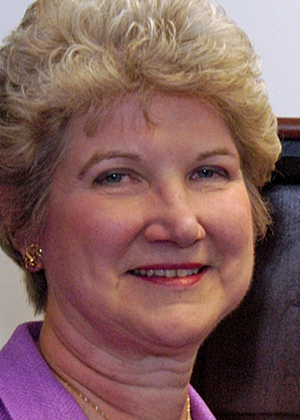 Elaine Didier is the director of the Gerald R. Ford Presidential Library and Museum, co-located in Ann Arbor and Grand Rapids, Michigan. Didier worked at the University of Michigan in a number of positions from 1977 to 1999, including associate dean of the Rackham School of Graduate Studies, interim director of Academic Outreach and director of Information Resources at the business school. She earned both her AMLS (1971) and PhD (1982) at the School of Information. In July 1999, Didier left the University of Michigan to become dean of Kresge Library at Oakland University.

She was appointed director of the Ford Presidential Library and Museum in January 2005 and led efforts to increase attendance to the museum. Her service on professional associations includes the Board of Directors of the Association for College and Research Libraries, past presidency of the Michigan Library Association and a three-year term on the Library of Michigan Board of Trustees. She was the first woman elected president of the Ann Arbor Rotary Club in 1993. Throughout her career, she has worked to advance women in leadership roles through her participation in organizations such as the International Women’s Forum and Michigan’s Network for Women Leaders. In 2010, the School of Information honored her with a Distinguished Alumni Award.