From Misinformation to Extremism: How WhatsApp Is Affording Radicalization in Brazil

During the 2018 Brazilian general election, WhatsApp became a potent tool for the spread of misinformation, especially for supporters of Bolsonaro. I began monitoring pro-Bolsonaro WhatsApp groups in March 2018- at the outset of the election, the social media app eventually helped Bolsonaro win and become the president of Brazil. I found that fake news spread in typical fashion, through a structure of groups that resembled a pyramid. Now, ten months into Bolsonaro’s presidency, WhatsApp is still serving as a largely hidden platform for the radicalization of right-wing Brazilians, even as Bolsonaro’s once-united base has splintered into separate, and often competing, factions. In this talk, I uncover hidden spaces of populism and misinformation on WhatsApp and detail the social infrastructure that is radicalizing the right in Brazil. 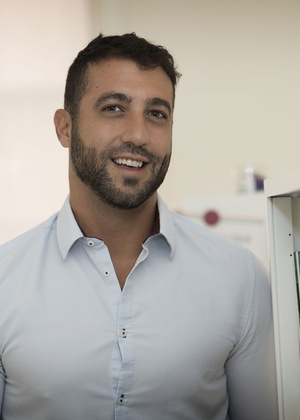 An ethnographer with fieldwork experience in Havana, Cuba, Guadalajara, Mexico, the slums of Vitória, Brazil, and in the Appalachian region of eastern Kentucky, David Nemer is the author of Favela Digital: The other side of technology (2013). Nemer has written also for The Guardian, El País, HuffPost, Salon, and The Intercept_. His research and teaching cover the intersection of Science and Technology Studies (STS), Information and Communication Technologies for Development (ICTD), and Human-Computer Interaction (HCI). Nemer is currently examining the problem of online misinformation for democracies worldwide, particularly in countries in the Global South where democratic institutions remain in a beleaguered state. While most research and conversation on the subject of misinformation have focused on online platforms, such as Twitter, Facebook, and blogs, little is known about the spread of misinformation on mobile messaging apps, such as Telegrams and WhatsApp. These apps are particularly popular Global South countries due to the quick spread and adoption of mobile phones in the region. Nemer aims to expand our understanding of the motivations and infrastructures behind the creation, sharing, and consumption of misinformation on messaging apps, and to build awareness and interventions to circumvent their effects.