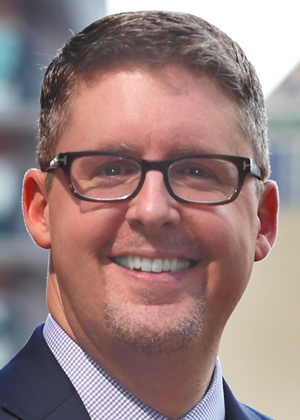 John F. Szabo is the City Librarian of the Los Angeles Public Library, which serves over 4 million people—the largest population of any public library in the United States. He oversees the Central Library, 72 branches and the Library's budget. In 2015, the Library received the nation's highest honor for library service, the National Medal for Museum and Library Service, for its success in meeting the needs of Angelenos and providing a level of social, educational and cultural services unmatched by any other public institution in the city.

Under Szabo’s leadership, the Library's major initiatives include those related to immigrant integration and citizenship, improving financial literacy and providing health resources and programs. He has expanded the library's reach into the city's diverse communities through partnerships with several community-based organizations.

Szabo received his master's degree in information and library studies at the University of Michigan (1992) and his bachelor's degree in telecommunications from the University of Alabama. He completed the Senior Executives in State and Local Government program at Harvard University's John F. Kennedy School of Government. He also participated in a Group Study Exchange with Rotary International Foundation, visiting libraries and archives in Sicily and the Aeolian Islands.

John currently serves as Chair of the Board of Trustees for OCLC, a global library cooperative. He was elected to the Board by the OCLC Global Council in April 2014 after serving as a Global Council Delegate. He has served on the Board of Directors for California Humanities and the University of Southern California's Center for Library Leadership and Management. He has previously served on the Executive Board of the Urban Libraries Council and as president of the Florida Library Association.

In 2010, UMSI presented Szabo with the Alumni Achievement Award.