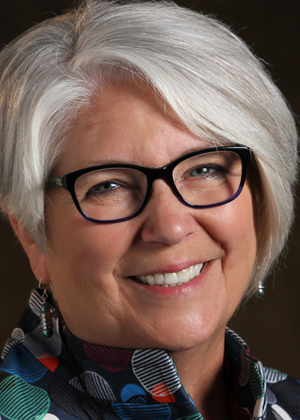 Josie Barnes Parker is an MLIS graduate of the UM School of Information (1996) and was Director of the Ann Arbor District Library in Michigan from 2002-2022. She joined the library in 1999 after working as a children’s librarian and youth department manager in Chelsea and later in Ypsilanti. She serves on the Governor’s Commission for the Blind in Michigan and the state Library for the Blind. She was a member of the editorial board of the Journal of Library Administration, editing a column titled “In the Public Interest.”

Parker is an adjunct clinical associate professor at UMSI and a co-instructor of the online Professional Certificate in Public Library Management, offered on the EdX platform.

She was named an Honorary Affiliate member of the AIA Michigan in 2010. In 2008, her alma mater presented her with the UMSI Early Achievement Alumni Award.