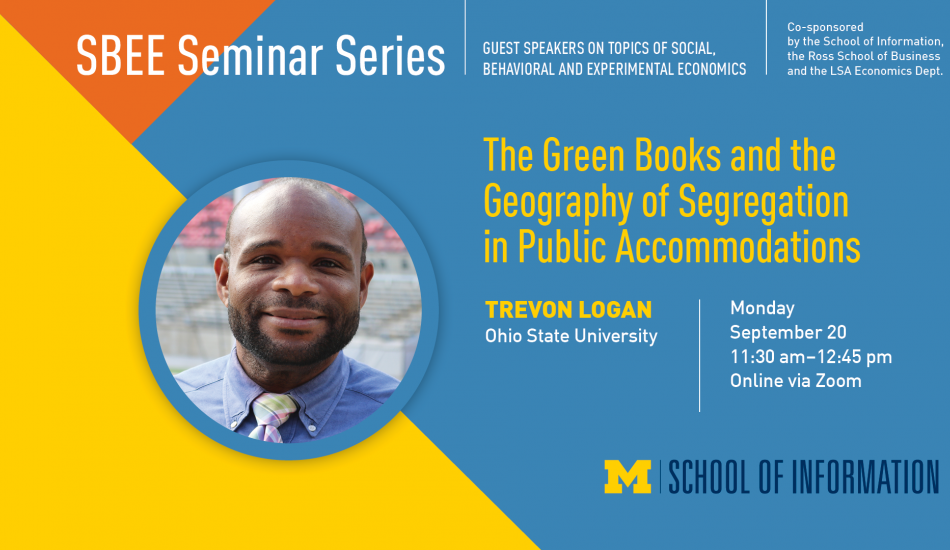 The Green Books and the Geography of Segregation in Public Accommodations

Jim Crow segregated African Americans and whites by law and practice. The causes and implications of the associated de jure and de facto residential segregation have received substantial attention from scholars, but there has been little empirical research on racial discrimination in public accommodations during this time period. We digitize the Negro Motorist Green Books, important historical travel guides aimed at helping African Americans navigate segregation in the pre-Civil Rights Act United States. We create a novel panel dataset that contains precise geocoded locations of over 4,000 unique businesses that provided non-discriminatory service to African American patrons between 1938 and 1966. Our analysis reveals several new facts about discrimination in public accommodations that contribute to the broader literature on racial segregation. First, the largest number of Green Book establishments were found in the Northeast, while the lowest number were found in the West. The Midwest had the highest number of Green Book establishments per black resident and the South had the lowest. Second, we combine our Green Book estimates with newly digitized county-level estimates of hotels to generate the share of non-discriminatory formal accommodations. Again, the Northeast had the highest share of non-discriminatory accommodations, with the South following closely behind. Third, for Green Book establishments located in cities for which the Home Owner’s Loan Corporation (HOLC) drew residential security maps, the vast majority (nearly 70 percent) are located in the lowest-grade, redlined neighborhoods. Finally, Green Book presence tends to correlate positively with measures of material well-being and economic activity.

His current research focuses on racial inequality and economic history. His international award-winning research has been featured in the Wall Street Journal, Washington Post, the Economist, NBC, CBS, Bloomberg, CNN, and other major media outlets. Named by Fortune Magazine as “One of the 19 Black Economists You Should Know and Celebrate” in 2020, his work has been supported by the National Science Foundation, the National Institutes of Health, the Brookings Institution, and the Washington Center for Equitable Growth, among others.