UMSI alumna Lisa McLaughlin was named one of the Midwest’s Top Female Founders to Watch in 2021 by Detroit-based recruiting company purpose.jobs. 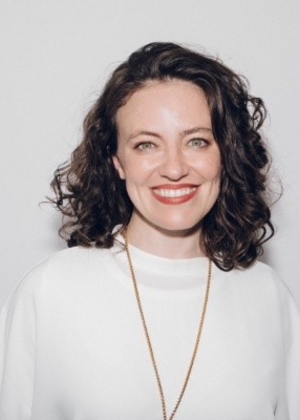 Workit Health originated in San Francisco when Lisa was employed in Silicon Valley’s technology scene. During this time, a close friend of hers passed away due to an overdose. The friend had previously struggled with addiction and had been given opioids by a healthcare provider who didn’t have the information on her addiction history.

Noting that her friend’s overdose was the result of “a breakdown in healthcare systems and information,” Lisa was inspired to fuse her information technology and social work experience to revolutionize the addiction care system.

“I thought that technology could play a key role in opening up access to state of the art care,” she said. Lisa credits her time at UMSI as the catalyst for her approach to information technology with a human-focused lens.

After soliciting venture capital backing in the Bay Area, Lisa and Robin moved Workit Health to Ann Arbor, where they were excited at the prospect of being part of the city’s growing startup industry.

It was no small task. Prospect.jobs noted in their award announcement that “only about 3% of venture capital goes to female founders” and that the backing is “even lower for BIPOC female entrepreneurs, with an average funding rate of less than 1%.”

Workit Health’s female co-leadership structure is intentional, Lisa said. She believes it “provides protection from a culture that’s really stacked against women.” Her motto is “carry as you climb,” and her advice to other women looking to break into leadership positions is to seek out female networks and mentors.

In 2021, Lisa’s main goals for Workit Health are to quadruple growth, expand into nearby Midwest states hard hit by the opioid crisis and to continue delivering care to populations in need.

The pandemic has created a higher demand for telemedicine services and it forced Workit Health to respond quickly. Lisa noted that in 2020 Workit Health was “able to fill in gaps in coverage and be a lifeline to so many.” She expects the same of the coming year.

This honor was especially meaningful for Lisa because Ann Arbor was where she navigated the addiction care system and became sober herself. “It’s really heartwarming to be able to make an impact in the place where the pain was. To be able to turn that around is really redemptive and exciting,” she said.