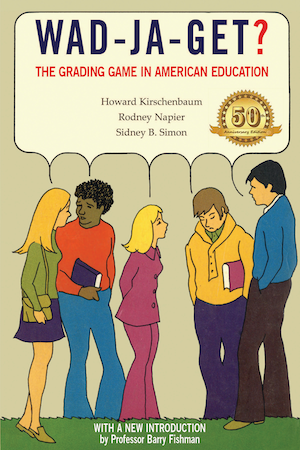 Barry Fishman, a professor at the University of Michigan School of Information, is the author of a new introduction to the 50th anniversary edition of Wad-Ja-Get? The Grading Game in American Education. The classic book on grading systems by Drs. Kirschenbaum, Simon and Napier was recently republished by Maize Books and is available for free download.

Written in novelistic format, the book’s critical examination of the effects of traditional grading on student attitudes toward learning made a splash among educators surrounding its initial release in 1971. However, systemic change has still not been achieved even as the core of teachers trying to do away with grading has resurfaced periodically in movements across subsequent decades. The arguments and examples in Wad-Ja-Get? remain relevant and surprisingly current fifty years later.

“In the introduction, I talk about what science writer Steven Johnson calls ‘the adjacent possible,’ or the combination of events and elements that result in ideas seeming to suddenly burst on the scene,” says Fishman.

“But in fact, most of those great ideas have been around for quite some time, but you needed a moment when the adjacent technologies, politics, culture, created a space in which the idea could take hold and coalesce. In some ways the pandemic is another one of those adjacent possible moments.”

Consider the debate over whether schools should switch to pass/fail grading systems during the pandemic. Questions like this should lead educators to question the purpose of grades and whether they’re fair, what they’re really evaluating, and whether they’re oriented around care for learners or even learning itself. Fishman also argued that grading systems can be examined in terms of how they might promote or hinder equity or anti-racist practices.

Barry Fishman says he and the original authors took care to make Wad-Ja-Get? an open-access book to spark far-ranging conversations about “changing the assumptions and infrastructures that underlie grading and assessment in education.”

The 50th anniversary edition of Wad-Ja-Get? The Grading Game in American Education is available in paperback at BarnesandNoble.com, for download on Kindle, for download on Apple iBooks, and online for free. 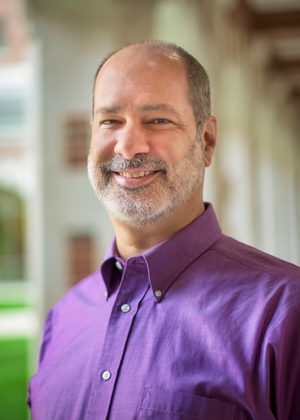