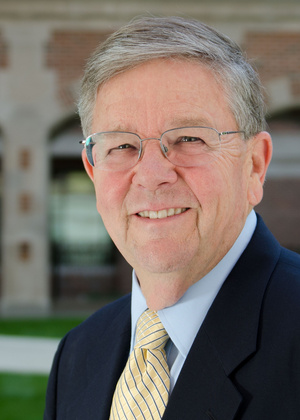 Daniel E. Atkins, Emeritus W.K. Kellogg Professor of Information and Professor of Electrical Engineering and Computer Science is among 22 University of Michigan faculty members newly elected as fellows of the American Association for the Advancement of Science (AAAS).

The U-M researchers are among 443 newly elected fellows announced today by AAAS.

The scientists and engineers were chosen as AAAS Fellows by their peers for their "scientifically or socially distinguished efforts to advance science or its applications."

Atkins is being recognized for distinguished contributions to computer architecture, collaboratories and digital libraries, and national leadership in computer and computational science policy.

During his time at the University of Michigan School of Information, Atkins focused on computer architecture including high-speed arithmetic methods now widely used in modern computers, as well as the design and construction of application-specific experimental machines.

The second phase of his career focused on pioneering interdisciplinary research on cyber-enabled distributed knowledge communities and digital libraries applied to both scientific research and education.

He has served as Dean of Engineering, Founding Dean of the School of Information, and Associate VP for Research at UM, as well as the inaugural director of the Office of Cyberinfrastructure at the National Science Foundation (NSF). He chaired the Blue Ribbon Panel on Research Cyberinfrastructure for the NSF that became an international roadmap for initiatives on cyber-enabled research in the digital age.  He has chaired or served on many advisory boards for government, academia, philanthropy, and industry. Professor Atkins is a member of the National Academy of Engineering.

Founded in 1848, the American Association for the Advancement of Science is the world's largest general scientific society and publisher of the journal Science. This year's AAAS Fellows will be formally announced in Science on Nov. 29 and will be honored in February at the AAAS annual meeting in Seattle.