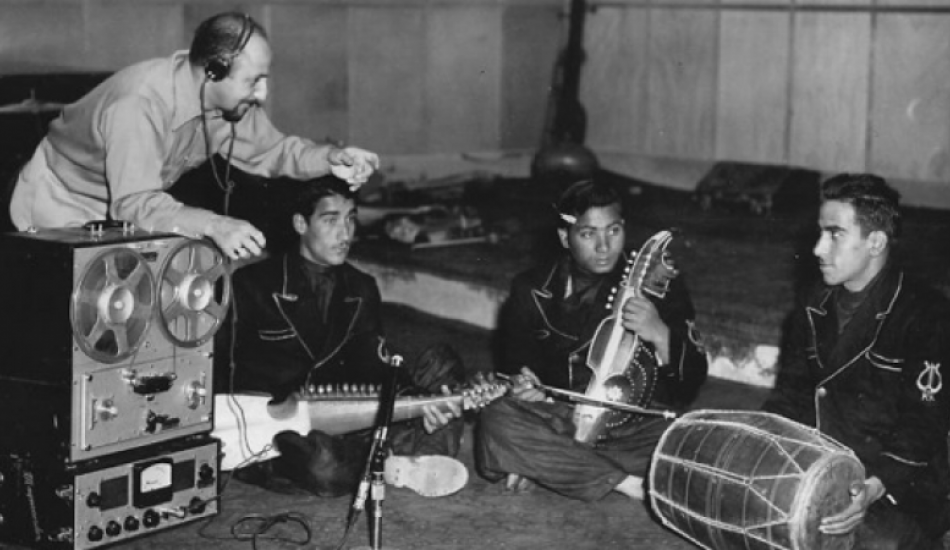 Leo Sarkisian began collecting field recordings in Africa in the early 1960s. An NEH grant will help preserve and share them.

A $260,000 National Endowment for the Humanities grant will help make an archive of African music and radio programming available to US and global audiences.

The program, the oldest and longest-running radio program in English on the African continent, was created by ethnomusicologist Leo Sarkisian in the early 1960s and broadcast by Voice of America. Sarkisian traveled throughout Africa beginning in the early 1960s, recording hundreds of hours of music from across the continent and scripting weekly or twice-weekly broadcasts around recordings he selected.

While the program has been highly popular in Africa for decades, until recently, legal constraints prevented it from being heard in other parts of the world. In 2015, VoA transferred a collection of program recordings, scripts and live field recordings to the University of Michigan Library, where they became the Leo Sarkisian Archive.

This project aims to digitize and deliver a selection of these materials to the public in the US and beyond. A key part of this is ensuring “ethical access”—in particular, engaging with musicians, their descendants and their communities on access preferences for their music and what it means to wider audiences and creating a culturally sensitive web-based distribution system.

The grant period begins June 1, 2016, and ends May 31, 2018. Co-principal investigators include Kelly M. Askew, U-M professor of anthropology and Afroamerican and African studies, and UMSI clinical associate professor David A. Wallace. Shannon Zachary, head of preservation and conservation at MLibraries, and Robert McIntyre, digital asset management consultant at the MLibraries, will also work on the project along with UMSI students.

“The preservation of and access to audiovisual resources is the ‘brittle books’ crisis of the 21st century, a crisis that begs for action and requires innovative solutions to very knotty problems of access and use,” researchers said. “The project will also make available an amazing variety of beautiful and influential African music in the context of its original shortwave radio broadcast."