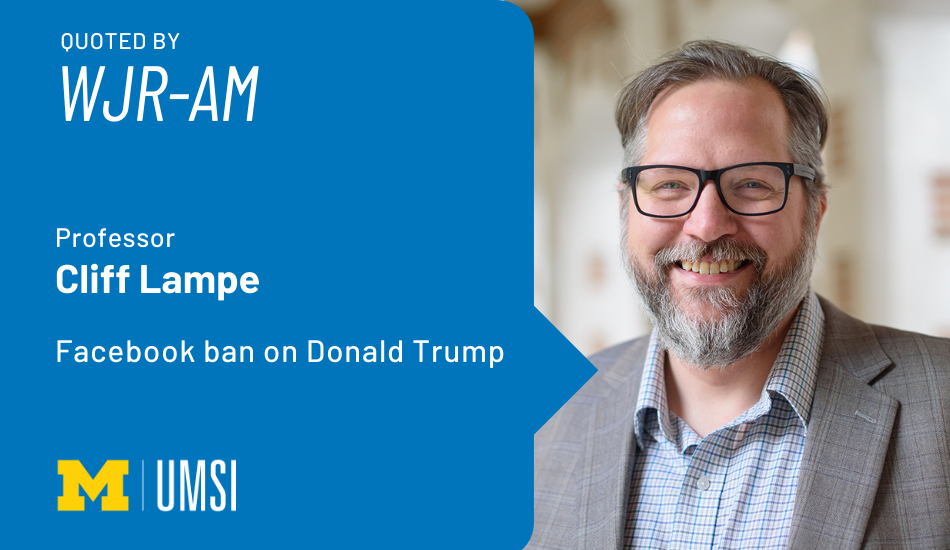 Speaking with WJR-AM, UMSI professor Cliff Lampe says that the Facebook oversight board's recommendation to reassess the ban on former President Donald Trump's profile was a message to the company to create clearer policies for what constitutes platform violations.

Lampe spoke about Facebook's difficulty in regulating its platform as both a for-profit business and the largest social media company in the world. The oversight board's push to get Facebook to be more consistent in their rules is an important move for a company whose decision making has been historically arbitrary and ad hoc, he said.

In the coming months, Lampe anticipates that Facebook will attempt to separate themselves from making decisions about free speech.

I think for Facebook, their safest course of action is to make this a business decision as opposed to a free speech issue. At the end of the day, the reason they have these policies is because they’re a for-profit business and they need to maintain their business model. If they think their business is better with a ban in place, then that’s what should drive their decision as opposed to trying to make higher-level free-speech ideals about their platform.

Listen to the full interview here.