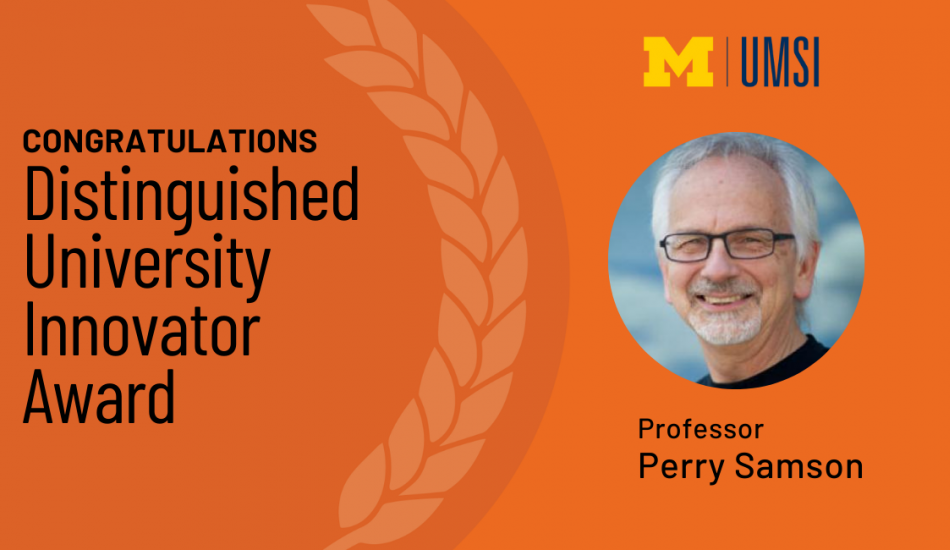 ANN ARBOR—For developing a series of pioneering learning and weather-related tools and technologies and launching successful companies around them that serve millions of people, University of Michigan professor Perry Samson has earned this year's Distinguished University Innovator Award.

Samson, Arthur F Thurnau Professor, Professor of Climate and Space Sciences and Engineering, College of Engineering and Professor of Information, School of Information, will receive the award Oct. 6. The Distinguished University Innovator Award honors faculty who have developed transformative ideas, processes or technologies and shepherded them to market.

Samson's list of breakthrough innovations includes initiating the creation of the Blue Skies application for allowing K-12 students and later the public to access live weather data with rollover map functionality before the existence of the internet. That led to co-founding the Weather Underground, the first online commercial weather company, which was eventually sold to the Weather Channel and later IBM and used by millions of people daily.

He also led the development of the LectureTools learning platform that allowed students to ask and answer questions interactively via laptops and phones during class. This tool helped advance equity and inclusion in the classroom by allowing students to ask questions in a way that was anonymous to each other but not to the instructor.

This tool has been shown to produce dramatic increases in student inquiry during class. Moreover, students who self-report discomfort with asking verbal questions in class participate in inquiry at rates at or above the rest of the class, thus giving more students a voice, he said.

The software was bought by Echo360, for which he remains an adviser, and integrated into its Active Learning Platform. That platform is now used by 2 million students worldwide.

His latest, LearningClues, uses artificial intelligence to analyze and index what is said or visually presented in classes and identifies words it deems important to each class session. With this tool, students will be able to search videos from their courses to find specific moments related to their search. The system will also automatically create study guides for students for a time period of their choosing based on what was discussed and visually presented in those classes.

A prototype of the technology is now available via U-M's CAEN Lecture Capture system and soon will be commercially available for other campuses.

Enrico Landi, a colleague, said in his nomination letter that Samson "is one of those rare personalities capable of devising breakthrough innovations in different, apparently unrelated fields, and to transfer them to the market, shaping those fields for decades."

"His creativity in devising profoundly innovative ideas is paralleled only by his ability to transform them into reality first, and then into a marketable product; and by his perseverance in making them wildly successful in the market," wrote Landi, an associate research scientist of climate and space sciences and engineering.

For his part, Samson said all of his innovations grew out of needs he perceived in delivering classes: The Weather Underground was created because he wanted to know what the weather was around the country before his 9 a.m. class. LectureTools came about because he wasn't satisfied with the range of question types he could ask using clickers. And LearningClues was born "because students wanted study guides for exams and I'm too lazy to create them."

"While I totally understand colleagues' reluctance to start or even get involved in the commercialization process, I have found there are many students who are interested and enthusiastic about entrepreneurship," Samson said. "I consider the commercialization process a capstone laboratory both for the technology and for entrepreneurship, and my efforts have been buoyed by the enthusiasm and commitment of the students who have participated."

Samson also said he sees a common thread in his innovations: democratization. For instance, he said, LectureTools, and now Echo360 technology, has expanded classroom communication options to all students just as The Weather Underground broadened access to weather information.

The vice president for research selects recipients of the Distinguished University Innovator Award based on the recommendation of a selection committee that reviews a pool of nominees. The award was established in 2007 and is supported by endowments from the Office of the Vice President for Research and the Stephen and Rosamund Forrest Family Foundation.

"The University of Michigan has solidified itself as a global leader in research and scholarship, but our strong reputation is not solely based on expertise and experience," said Rebecca Cunningham, vice president for research and the William G. Barsan Collegiate Professor of Emergency Medicine.

"The research community here at Michigan has genuinely embraced the concept of translating research from the lab to the marketplace so that our communities can benefit from their tremendous work. Professor Samson is someone who truly embodies this overall commitment to translation and innovation."

Samson credits U-M's Office of Tech Transfer, based in the Office of the Vice President for Research, for its help in guiding his technologies into startups.

"They have provided business-minded mentors for my projects that have been a godsend," he said.

The event, which will be virtual, is free and open to the public. To register, visit the Distinguished University Innovator Event Registration. 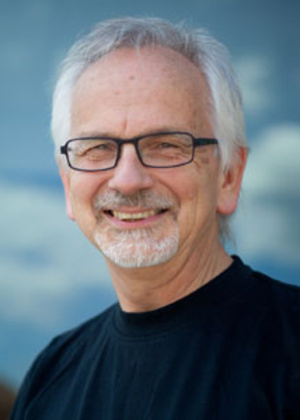