Yan Chen honored for furthering the status of women in economics

Professor Chen is a distinguished scholar and award-winning educator whose contributions to advancing women in economics are many. She was a participant in the first CSWEP-sponsored mentoring program (COFFE) in 1998 and served as mentor for a cohort of women through CSWEP’s CeMENT workshop in 2006.

As President of the Economic Science Association (2015-2017), Professor Chen spearheaded numerous changes designed to make the ESA more supportive of its many women members.  At the end of her term as President, the ESA asked Professor Chen to stay on the Executive Committee in the newly-created position of Director of Mentoring.

“Yan Chen’s research adds an important dimension to the School of Information,” said Dean Thomas A. Finholt. “Furthermore, her collaborations and mentoring of other UMSI faculty and students have given their research greater depth, and her methodological rigor has helped her colleagues make intellectual and methodological strides in their research. Her mentoring of junior women faculty in experimental economics and beyond has been pivotal for their success. I would say that Professor Chen has done an exemplary job of furthering the status of women in the academy more broadly.”

Named after the first Chair of CSWEP, the Carolyn Shaw Bell Award was created as part of the 25th Anniversary celebration of the founding of the CSWEP and is given annually since 1998 to an individual who has furthered the status of women in the economics profession through example, achievements, increasing the understanding of how women can advance in the economics profession or mentoring others. 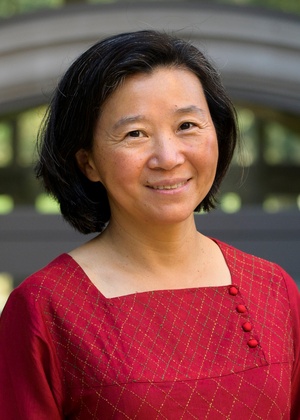