SIGCHI is the premier, international society for professionals, academics and students interested in human-technology and human-computer interaction.  It hosts the primary, annual international HCI conference that draws some 2,500 attendees, and publishes ACM’s primary magazines, ACM Interactions and ACM Transactions on Computer-Human Interaction.

This is significant honor for Lampe, and likely not a surprise for those familiar with his work.

In his wide-ranging research on social and technical structures of large-scale technology-mediated communications, Lampe has worked with Facebook, Wikipedia, Slashdot and Everything2.

He has helped create multiple social media and online community projects, and more hands-on endeavors, such as Citizens Interaction Design, which partners UMSI to the Michigan cities to develop new information tools for fostering citizen engagement. He also established MTogether, known as “a living lab for social media research.”

“SIGCHI is an organization that promotes research and education into the many different branches of human-computer interaction,” Lampe said. “It’s an honor to serve that community and to help promote HCI more broadly.” 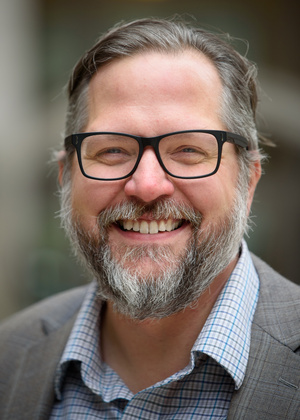