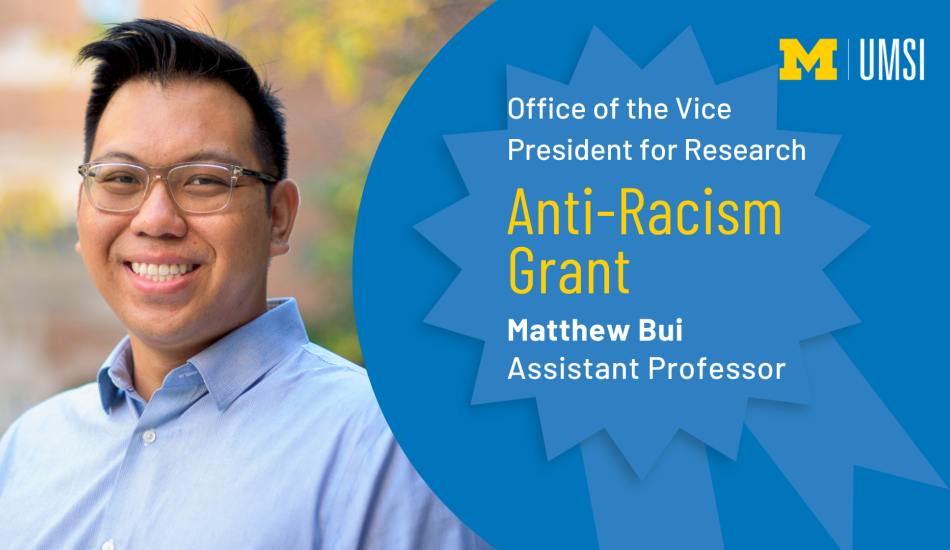 Matthew Bui, assistant professor at the University of Michigan School of Information, and his colleagues were awarded an anti-racism grant from the U-M Office of the Vice President for Research (OVPR). The funding will be for one year.

Bui’s project focuses on “Asians in Southeast Michigan: Information Networks and Placemaking as Responses to Racist Violence (1980s-present).” The project maps the emergence of multiple Asian ethnoburbs, or suburban areas with clusters of a particular ethnic group, in southeast Michigan. The researchers will examine how racist violence shaped, and continues to shape, suburbanizing Asian Americans’ relations with other communities of color.

“If we truly want to achieve equity and justice for all, it is absolutely essential that we gain a deeper understanding of the complex racial inequalities that are embedded in nearly every facet of our society,” said Trachette Jackson, assistant vice president for research, and mathematics and diversity and social transformation professor.

“We want to understand the movement of people from one area to another, particularly after or around the same time as a racially violent flashpoint in Michigan’s history,” says Bui. They are especially interested in how information was shared within Asian communities before the age of digital technology, and how it might have influenced Asian migration out of Detroit. For instance, what sorts of information sharing occurred after the targeted killing of Vincent Chin forty years ago? How and why did Asian communities come to settle in places like Troy, Madison Heights, Novi, and Hamtramck thereafter?

“In the contemporary moment, there's a lot of information networks that we can observe,” he says. “But in the 1980s, while there weren’t Facebook neighborhood groups, there were still local and ethnic media outlets. There were also community groups and peer-to-peer networks for information sharing and community building. What types of stories did they share? How did they impact the physical, cultural, and political imprint of Michigan’s Asian communities today, notably one of the fastest growing voting blocs, in Michigan and nationally?“

The team wants to uncover how Asian communities responded to racial violence, the complex interactions between Asians and other communities of color, and how certain violent events might have prompted Asians to move out of Detroit neighborhoods to form new ethnoburbs.

During the next year, the team will get a feel for how information was shared during this time within Asian communities. Bui notes that a lot of this network sharing hasn't been well-documented, so they are turning toward novel data sets to uncover social networks.

One such approach is to look at Yelp or Google Maps data on Asian restaurants, says Bui. This data can tell a story about the current presence of Asian-owned businesses or social hubs. Using these online data sources, the team will find Asian restaurants and create a map of Asian ethnoburbs.

They are also hoping to create a multimedia record of these communities, whose histories often have been erased for their project. Bui and colleagues are partnering with Asian community organizations to collect oral histories and use community group archives to reconstruct the history of Asians in Southeast Michigan, to hopefully be shared in a public exhibition and archive.

Their goal is to highlight how community-engaged, data-driven research can uplift communities that have been minoritized in the past. They hope that their work can be a way to document Asian histories, reflect on racist violence, and advocate for communities.

“We’re trying to document parts of history that have been erased or reduced and flattened, and to understand how this history shapes the present day and communities,” says Bui.

Read more about the Office of Vice President for Research Anti-racism grants. 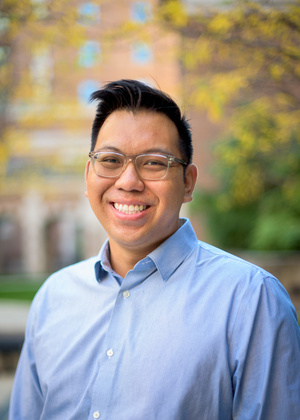