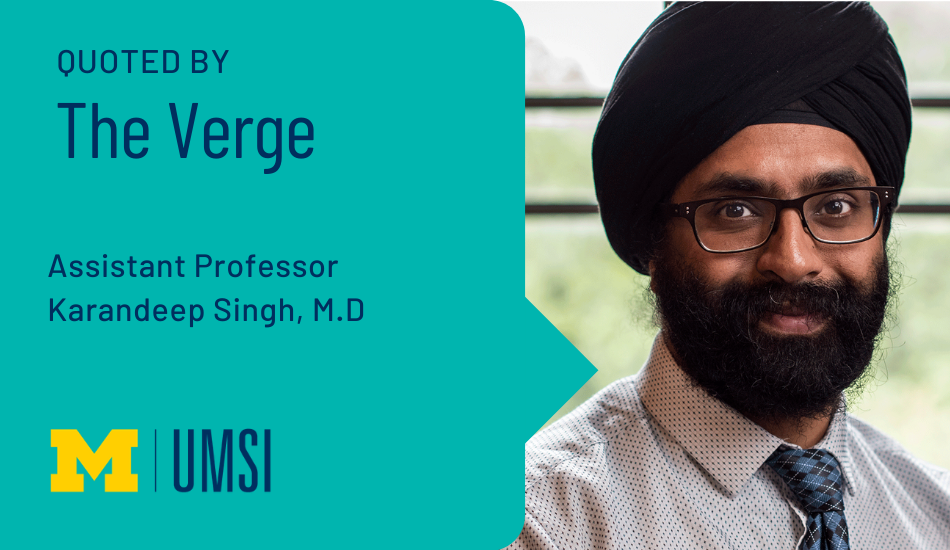 The Verge covered a new study led by Karandeep Singh, M.D., assistant professor at the University of Michigan School of Information and School of Medicine. Singh investigated the accuracy of a predictive modeling tool created to identify early signs of sepsis in patients.

Read the full article from The Verge and Singh’s Twitter thread about the study.