Online harassment perceived as justifiable when calling out bad behavior

When it comes to online harassment, people tend to feel it is deserved and justified when the recipient commits an offense, even when participants agree in principle that harassing behavior is not appropriate, a new study shows.

The severity of the offense doesn’t alter the perception that retributive harassment—a controversial form of social sanctioning—is OK in many cases.

But researchers at the University of Michigan School of Information found in a second part of their study that bystander intervention may change the perception that online harassment is justifiable.

“The idea behind retributive justice is that when a person does something wrong, they deserve a proportional punishment,‘an eye for an eye,” said Lindsay Blackwell, first author of the study and a doctoral student in the U-M School of Information.

“Online, it’s often difficult to hold people accountable for their actions in the traditional sense, both because of the affordances of online spaces (for example, anonymity and ephemerality) and because legal systems just haven’t caught up. In the absence of a traditional justice system, people turn to their own moral codes to sanction perceived offenses—often resulting in personal attacks, public shaming and doxing.”

Doxing is defined as searching for and publishing private information on the Internet with malicious intent.

The researchers cite a few high-profile examples of online harassment: The 2013 public shaming of public relations executive Justine Sacco for her comment about AIDS and Africa, the 2015 release of 40 million Ashley Madison users’ personal and financial information (the website that connected people for affairs); and the 2017 doxing of people who attended a white supremacist rally in Charlottesville, Virginia.

“I don’t think we’ll come to a set of solutions about how to appropriately punish bad behavior online,” said Sarita Schoenebeck, assistant professor of information. “The problem I’m concerned about is that people are punishing each other in ways that are unfair, inconsistent and often disproportionate. I’d like to see more people trained in principles of fairness and due process and then use them in their online interactions. I also think there’s a lot more we can do to train people in their roles as bystanders online.”

For one part of their study, the researchers recruited participants from Twitter and had them respond to a hypothetical situation with three conditions sent to different groups. In one, Amy wrote a harassing tweet about Sarah who stole $100 from an elderly couple. In the second, Amy composed a tweet involving nearly the same scenario but with Sarah taking $10,000. And in the third, Amy wrote a harassing tweet without the context of a crime.

In a second part of the study with participants from Twitter and Amazon Mechanical Turk, three groups of participants were presented with a $1,000 theft amount and a harassing tweet. One was a control group, one group was shown five responses in agreement with Amy’s tweet, and the third group saw five responses in agreement and one in disagreement with Amy’s harassment of Sarah.

In addition to finding that online harassment can be deserved and justified, the researchers found that participants:

—Have a threshold for how harsh the harassment may be, with some respondents feeling Amy went too far with her criticism of Sarah

—Were in some cases immune to the harsh response from Amy, citing it as commonplace online and not to be taken seriously

—Could be influenced away from this point of view when bystanders step in.

“Now that we know that retribution plays a role in this form of social sanctioning, we can look toward designing platforms that encourage alternative forms of justice-seeking,” Blackwell said. “In criminal justice contexts, an emerging alternative to retributive justice is restorative justice, which prioritizes improving society for the future.”

Other U-M authors were Tianying Chen and Cliff Lampe.

Related Research: Heartmob: A Response to Online Harrassment, by Lindsay Blackwell and others 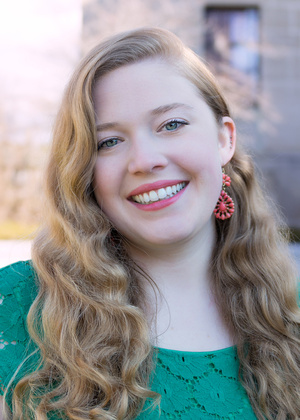