The University of Michigan's Ann Arbor campus is 8,199 miles from Manila, the capital city of the Philippines. Spread throughout multiple campus locations is one of the largest collections of historical Filipino artifacts outside of the archipelago nation.

But how did such a robust collection end up at a Midwestern university? It’s a long story.

“There’s not enough recognition of how complicit our institution was in American imperialism, and not enough knowledge and education about that history,” says Deirdre de la Cruz, associate professor of history at the College of Literature Sciences and the Art. “It’s outrageous when you think about it. What are these Philippine artifacts and photographs and archival materials doing here, halfway around the world, in the middle of the United States? Do Filipinos even know they exist?”

Ricky Punzalan, associate professor of information and Filipino scholar, wanted to upend the curation confusion and repair the damaging colonial history of the Philippine collections. He teamed up with de la Cruz, and together they are co-leading a new project: ReConnect/ReCollect: Reparative Connections to Philippine Collections at the University of Michigan.

The goal of the ReCollect/ReConnect project is to look at the collections with fresh eyes, repair harmful historical descriptions, and construct new models for how to best engage community members and scholars with the plethora of Filipino history stored at U-M. Punzalan and de la Cruz assembled a team of researchers, students, librarians, archivists, and community members to take on this critical reparation work.

The project also works in partnership with collections faculty and managers at the University of Michigan’s Bentley Historical Library, Special Collections Research Center, and Museum of Anthropological Archaeology to create recommendations for representing Philippine collections held by various campus units.

U-M recognized the importance of this reparative work on the Philippines collection and awarded the project a $500,000 grant toward the pilot program.

“This project is really a first in terms of bringing together curators, librarians and archivists from across campus to look at collections that are highly distributed,” says Nancy Bartlett, associate director of the Bentley Historical Library. “We are having conversations as a team about these important collections that we've never had before.”

The imperialist origins of the Philippine collections is only one part of its problematic history. The collection is spread out around the campus, housed in various libraries and museums. Artifacts are separated by campus geography, but also further isolated by spotty, poorly named, and disconnected records.

“There is, at best, inaccurate information around the description of the collection, and that's to put it mildly,” says Punzalan. “Some items have information that is just wrong, racist, or harmful to Indigenous source communities.”

Repairing the Philippine collections at U-M is crucial not only to the academic community but also to the Filipino community here in Michigan and beyond.

“These are hugely important collections at an international level, in terms of the history of imperialism in the Philippines,” Bartlett says. “The University of Michigan is a ‘go-to’ destination for that highly complicated story.”

Punzalan says the first step of good stewardship is to recognize the problems with curation practices and storage over the past century. He notes that while some people may worry about framing the Philippine collections as harmful, reparative work requires honest assessment. “You really cannot repair relationships if you don't admit that you harmed people.”

That acknowledgement of harm means understanding the connection between the Philippines and U-M.

How did U-M get these collections?

It all began with a rich uncle, a 19th century-drive to collect natural history specimens, and a U-M alumnus with wanderlust named Joseph Beal Steere.

“Steere was an adventurous guy,” says Kerstin Barndt, director of the Museum Studies Program and group member of ReConnect/ReCollect. “He was a 19th century naturalist who studied everything that came his way.”

Barndt has been unearthing the history behind U-M collections. She co-edited “Object Lessons and the Formation of Knowledge. The University of Michigan's Museums, Libraries and Collections,1817-2017.” Barndt also wrote the chapter on the first U-M global collecting tour, which was led by Steere.

Collecting artifacts from the other side of the world wouldn’t come cheap, but Steere had help. His uncle, wealthy businessman, newspaper publisher and U-M alumnus Rice Aner Beal, agreed to finance an expedition in exchange for letters chronicling the tour that Beal could publish in his paper, the Ann Arbor Courier.

With his funding secure, Steere mapped out an ambitious itinerary. Between 1870 and 1875, he traveled to South America, the Philippines, Taiwan and China, with stops along the way. Steere’s collections grew, and by the time he returned to U-M, he had amassed some 60,000 specimens of plants, animals and insects, and more than 800 cultural objects. The haul became the foundation of the first U-M museum building project and landed Steere a position as a zoology professor at the University.

In 1887, Steere returned to the Philippines, this time with students in tow. That group of students included Dean Conant Worcester. The trip was pivotal for Worcester, who eventually settled in Manila and was appointed Secretary of the Interior of the Philippine Islands by President McKinley during the American colonial occupation of the country.

“Like a lot of white imperialists, Worcester was an avid photographer, and over the course of his career in the Philippines used photography extensively to document Indigenous communities and Filipinos, and to defend the imperialist ideology and civilizing mission,” says de la Cruz, adding that Worcester’s photographic collection and archive is spread across the U-M Museum of Anthropological Archaeology, the Bentley Historical Library, and the University Library’s Special Collections. “It makes up one of the most extensive Philippine collections in the world, and has been used by many scholars.”

Worcester’s work and knowledge spurred collaborations with other scientists, including Carl Guthe, an American anthropologist at U-M. University administrators persuaded Guthe to carry out a major archaeological expedition in the Philippines, with the promise of establishing an anthropology museum and an anthropology department from 1922-1925. He agreed, and today, the U-M Museum of Anthropological Archaeology (UMMAA) has a large collection of Philippine archaeological artifacts.

"UMMAA as well as other museums and collections on our campus are deeply marked by the history of colonial collection efforts and systems of knowledge production," says Barndt. She notes as UMMAA is getting ready to celebrate its 100th birthday later this year, it will also critically engage with that history.

It is not just the physical collections that connect U-M to the Philippines, but also the lingering presence of the university in the country over more than 100 years, says Punzalan. “If you look deeply, U-M’s connection to the Philippines is because we sent our students and faculty there and they became colonial administrators,” he says. “We sustained this as a university; we willingly brought people there because we found the potential of studying another territory so tantalizing.”

Restoring collections for everyone

Punzalan has his own layered history with the Philippine collections. “The University has a record of bringing Filipino scholars, during the early colonial years up to even the present, to study here,” he says, adding that he was one of these students. When he returned to U-M as a faculty member, he wanted to tackle the issues with the Philippines collections. “This project is deeply personal,” he says. “This is not just scholarship — it’s a mission to make this collection accessible beyond scholarly use and bring these materials to all communities.”

Punzalan points out that these collections created a knowledge infrastructure for the University, including the creation of the Department of Anthropology. But he argues that the current state of Philippine collections is problematic. “I believe that the existence of these collections, however well-meaning, continues to perpetuate the colonial harms: the racist information, the continued offense and disregard of Indigenous Filipinos, the continuous display of these items without correct attribution… it's insulting.”

For example, often the collections are named for the white collector, not the people or communities the artifacts originate from, says Punzalan. In addition, collection records are not integrated into one searchable catalog. This makes finding things difficult to downright impossible, especially for a community member who may not be familiar with the many libraries on campus.

That is where the ReConnect/Recollect team comes in. After receiving their $500,000 grant in the summer of 2021, they started a two-year pilot project to create a framework and set of practices that can introduce a contemporary model for curation. Their goal is to create interventions that will repair harmful curation practices of the past, and repair connections with the community and scholars.

While the group is inspired by decolonization efforts in Native American collections, Punzalan points out that the approaches that work in North America aren’t transferable to the Philippine Collections. Instead, the group is creating unique efforts that reflect Filipino communities.

“The history of colonization in other parts of the world is different; the Philippines is not like the U.S. where Europeans came and never left,” says Punzalan. Many of the artifacts were collected as a result of colonization and war. For example, when American soldiers came to the Philippines they returned to the States with letters and photographs, as well as materials that were confiscated from Filipino revolutionaries.

“No archive or museum collection is just ‘there,’ passively and neutrally awaiting the researcher’s discovery and interpretation,” says de la Cruz. “There are always stories of power and prejudice inherent in colonial collections' very existence — voices silenced, people and cultures made invisible, white supremacy inscribed and reinscribed.”

The ReCollect/ReConnect team is facing these truths head on and evaluating the most culturally appropriate and respectful way to handle this sensitive material. Part of that work means that decisions aren’t made in a vacuum. The team is engaging with members of the Filipino community, both locally and internationally.

Punzalan says ReConnect/ReCollect is a community-focused endeavor, not simply a scholarly approach. “We are working with an advisory board,” he says, adding that board members either work directly with Filipino communities or are members of the community themselves. “We invited them on purpose, because they can help us facilitate conversations with community members.”

The team knows the descriptive records need to be fixed and findable, both for scholars and community members alike. “To me, these materials are about people,” says Punzalan. “How do we make this collection accessible beyond scholarly use?”

Part of that means thinking about who might be interacting with the collections.

“How do we bring this to Indigenous communities in the Philippines, where there might not be any reliable wireless internet?” says Punzalan. To help them reimagine collection exhibition efforts, ReConnect/ReCollect is bringing in a group of artists to interact with the collection and brainstorm alternative paths to connecting with communities beyond a campus visit.

“I cannot emphasize enough how excited, how hopeful I am about this project,” says Punzalan. “Finally, there's a real recognition of the need to fix the harms and repair the broken relationships between institutions, communities, and collections.”

The team is just in the first year of their two-year pilot program, but Punzalan knows this is not a short-term endeavor.

“I was telling my colleagues, ‘Let’s not delude ourselves and say that we will answer this question in two years — this is going to be more of a career project,” he says. Even as they create models for preservation and interaction, the ReConnect/ReCollect will continue to grow and evolve.

It’s this growing community that encourages Punzalan to undertake such a big project. “I took a major leap contacting and collaborating with my colleagues,” he notes, adding that he now feels the group has equal ownership of the project. “That's a success. I can walk away or die tomorrow and I know the project will continue. That's how you know that you've created something really meaningful.” 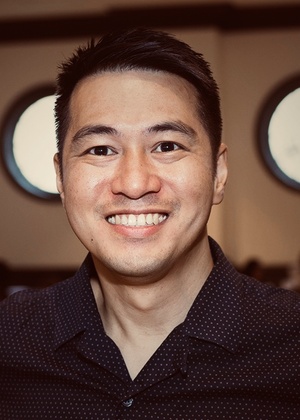