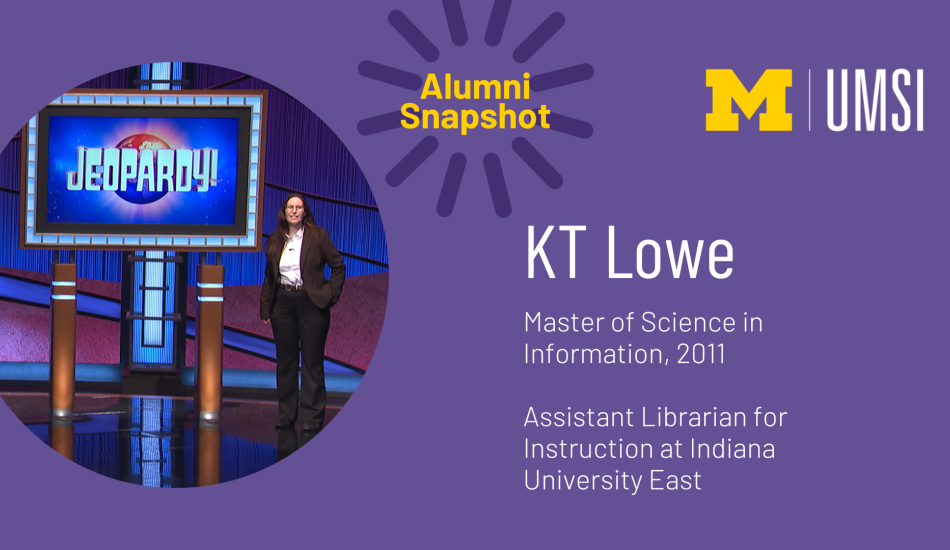 I wound up getting my current position as the assistant librarian for instruction at Indiana University East in January 2015 after a detour into correctional librarianship. The nice thing about this position is that you can totally “geek out” about whatever you want as long as you can find a way to make it work within the confines of your job description. My position is both public and campus oriented, which is somewhat unusual in an academic setting, but it allows me to explore a whole host of topics that a more confined environment might not permit. To date, I have done public programs on the history of chocolate (I highly recommend Chocolat Bonnat Ceylan 73%), the history of rock and roll and poetry workshops. I have an upcoming workshop on the history of protest music, focusing on the period between 1940 and 1970. I also recently applied to be a community instructor for the Oxford Community Art Center, and will be delivering a conference presentation for the Indiana Library Federation in November on protest music and information literacy. On campus, I provide database instruction for first year classes and composition courses focused on career readiness, political science, psychology and criminal justice. I also teach a first year seminar course and have co-taught a museum studies course this past spring. One of my earliest projects in my current position was centered around fake news. I created the first ever library guide for fake news in November 2016. Since then it has been featured in PBS NewsHour and Forbes and boasts over 110,000 views from all over the world. This resource has been used to teach people how to recognize and avoid fake news in society today.

I continue to model my instructors who I had the pleasure to get to know during my time in the program. What can I say about Bob Frost except he was one of the most exceptional beings I have ever met?  Bob was my instructor for SI 515 and 637. I respected and loved him not only for his wonderful approach to life and information, but because he stuck up for me when I was going through personal financial issues. He tried to find me a better paying job on campus that would not interfere with my studies. He even tried to hire me as a research assistant but unfortunately he was very sick due to cancer and could not take me on. I’ve learned from him how I need to stick up for my students, too. I am constantly fighting for them by being in touch with our counseling office, hunting down local resources and just advocating for them in their unique circumstances. He wasn’t particularly known for his research and publications, but he taught me what it looks like to be a real instructor.

While Bob tried to throw me a life raft, Paul Conway actually did it by taking me on as his research assistant and teaching me what it takes to be a real researcher. Paul was methodical in his approach to investigating a topic, but at the time I was far more of a novice than I thought.  He was patient in getting me to use databases efficiently and sort out good information from bad.  He also showed me how research articles sometimes daisy-chain one another with citations, building on each other to become this lovely, cohesive body of work. Paul made me a better thinker and reader in the same way Bob made me a better person. These two professors were such a vital part to my experience at Michigan. I owe them so much.

I love stuff. I love physical objects — it’s my jam! I know the digital world is where much of the research is investigating, but we cannot lose sight of the physical object, which is often the primary reference for most digital things.  I did a project with Paul on the “bookness” of digital books, and I still use that phrase a lot when discussing ebooks and websites.  We still expect e-materials in general to act similar to their physical versions, and that tie is not dissolvable.

Most Valuable Experience at UMSI

SI 515 and 637 were the classes Bob Frost taught when he was teaching at UMSI. I still have all the notes from those classes because I loved everything about them. I’ve even used some of them in my own classes — the David Blight article on Frederick Douglass’ perception of Civil War memorials is disturbingly pertinent today, for example, and I’ll never forget his dressing-down of Clifford Geertz.  He was the one who told me “Information wants to be free” and it changed the way I approached my work. I do not charge for my materials. If I am providing something that is a public good, then why do I need to get paid for it? Bob also taught me about the visual complexity of the world. I’m sure you all still use the term “ontology of ontologies,” but he’s the first person I heard it from, and it was reflected in how he would explain connections among apparently disparate things. I could see the connections he was discussing and actually see them as a manifestation of the world. It has proven helpful in the years since. Ultimately, for me, he was this amazing beacon of the kind of person I could be — humanistic, hilarious, brilliant, blazingly intelligent — and he is the single most influential adult in my life outside of my father. I miss him everyday. I thank him, curse him, love him, and bless him.

Another guy who just knew things was Paul Conway. He hired me as a research assistant when I was going through tough times and we clicked right away. Paul was also a big picture thinker but he could focus in a way Bob could or would not, and that was what made him such a good professor. I wound up taking every single class he taught, not because it counted toward my major but because he was great at highlighting how consensus is formed — or not formed — in professional discourse. One of the student criticisms against him that I heard once was that he appeared to overcomplicate things, and it’s true you really did have to read everything he assigned to get the gist of what he was intending. At the same time, however, there really isn’t anything straightforward about human experiences and media, reading, books, digital libraries — these are all informed by our own individual relationships with these things. The way he explained the differences between film and audio preservation was illuminating and focused on the perception of the media consumer.  He also demonstrated that consensus is not guaranteed, and that best practices may be in flux, which is an idea I’ve kept with me over the years.

Do the thing! Always do the thing. Whatever your “thing” is — do it. Don’t hesitate. Don’t think that it’s a bad idea. Don’t say “but they don’t pay.” Don’t worry about it. Do the thing that matters to you, to your community and makes you stand up for what you believe in. If you do not do the thing, then you are going to lock yourself into something that you do not want to do and make yourself miserable.

During the middle of the pandemic, I auditioned for Jeopardy and wound up a contestant on the show. There are two 15 minute online tests, a Zoom interview and then a final audition by the producers of the show. My Zoom audition was in December 2020, I got called to appear in January 2021, we taped it in February and it aired on April 1, 2021. In that same time frame I also got three poems published and earned both a “Best of the Net” nomination (for “Pandemic story #78: NYC,” published in Red Fez) and a third place finish in a contest (for “Pandemic story #516: Palmistry,” also in Red Fez.)  These were my “things” and since I was staying home anyway, I figured I might as well do something I wanted.

Learn more about UMSI's Master of Science in Information program and how to apply.