ANN ARBOR—The University of Michigan has experts who can comment on the regulation of social media and an expected executive order from President Trump targeting social media companies.

Paul Resnick, Michael D. Cohen Collegiate Professor of Information and director for the Center for Social Media Responsibility, has studied information elicitation processes and online reputation mechanisms. At the center he manages the Iffy Quotient, a tool that measures the percentage of the most popular news URLs on a platform that are from “iffy” sites.

"Most people wouldn't want to use social media if the companies did no moderation or curation of content. But opinions differ strongly on which kinds of content should be promoted and which should get smaller audiences," he said. "Something needs to be done to increase public transparency and accountability for the platforms. I'm skeptical, however, that there is a simple fix that could be enacted via executive order; any attempt at a simple fix is likely to make things worse rather than better."

Christian Sandvig is the H. Marshall McLuhan Collegiate Professor of Digital Media; professor of information, communication and media, and art and design; and faculty associate at the Institute for Social Research. He specializes in the design of internet infrastructure and social computing. His current research focuses on human and machine co-curation and filtering of information and culture. Recently his research group developed "algorithm audit" strategies that aim to improve transparency, fairness and accountability for online platforms like Facebook, Twitter and Google.

"These platforms have important responsibilities, and it may be time to have a public conversation about them. But it isn't within the power of the president of the United States to decide the issue," he said.

Cliff Lampe, professor of information, studies the social and technical structures of large-scale technology-mediated communication, working with sites like Facebook, Wikipedia, Slashdot and Everything2. He has also been involved in the creation of multiple social media and online community projects. His current work looks at how the design of social media platforms encourages moderation, misinformation, and social development.

"The proposed EO, if it is similar to drafts we’ve seen in the past, would have little effect," he said. "While reexamining Section 230 has been recommended by several groups in the past, it can only be accomplished through the legislative process. Providing more enforcement to the FTC and FCC is intended to sound dire, but really is limited by the capacities of those organizations."

"Twitter labeled two tweets from Donald Trump regarding mail voting with a fact-check label suggesting the claim was false. This follows a move two weeks ago [when] Twitter adopted a new policy for identifying 'potentially harmful and misleading information' about the coronavirus pandemic, directing those who see such tweets to 'Twitter-curated pages' or other trusted sources about COVID-19," he said. "Trump's claim about fraudulent voting with mail ballots is not a conspiracy theory he is promoting; it is just plain false."

Leonard Niehoff, professor from practice at the Law School, is a scholar in media law and the First Amendment, higher education law, and trial and appellate litigation.

"Under the law of the First Amendment, the president has things exactly backward," he said. "The First Amendment protects private parties from actions by the government that limit their free speech. When Twitter commented on the president's tweets, it engaged in conduct that the Constitution protects. In contrast, when the president retaliates against that speech by issuing an executive order intended to punish Twitter, he has engaged in conduct that the Constitution protects against."

Josh Pasek is an associate professor of communication and media and faculty associate at the Institute for Social Research. His research explores how new media and psychological processes each shape political attitudes, public opinion, and political behaviors.

"Social media companies have an immense challenge. At the same time, they are both the platform on which speech happens and a method for broadcasting that speech," he said. "It has long seemed reasonable for broadcasting outlets to play a referee role in highlighting which speech deserves a fact check. In their platform role, however, this is a trickier question, as they do not want to act in a way that serves to censor speech. I think the fact check role is a sensible middle ground, but it, too, is a difficult one—to fact check, the outlets need to be willing to assert when something is inaccurate. And in an environment where facts themselves seem increasingly partisan, even that is a risk." 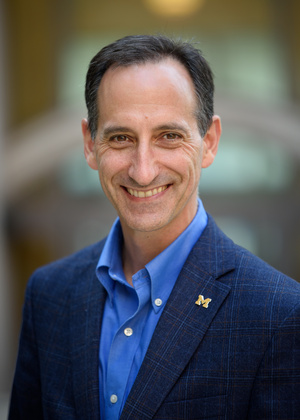