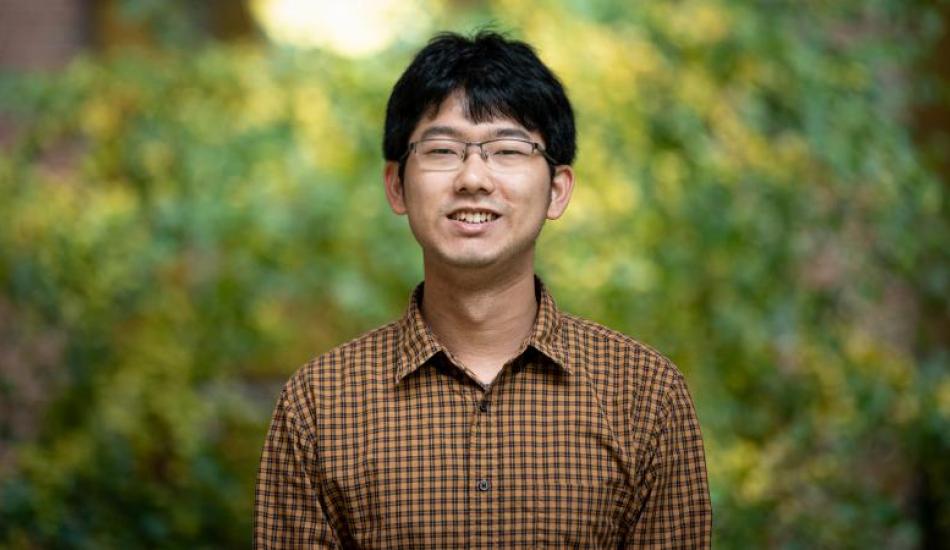 Zhewei Song conducts research in behavioral economics, a "young discipline" whose insights into information, psychology and sociology captured his interest as an undergraduate.

An English and economics major, Zhewei didn’t consider the behavioral side of economics until he met Tracy Liu, whom he worked with as a research assistant. Zhewei became enthralled by the discipline. “It’s a young discipline and I think the interesting thing about it is that it incorporates many insights and knowledge from other fields such as psychology and sociology,” Zhewei said.

Recommended by Dr. Liu, Zhewei had the opportunity to research at UMSI for the first time as an undergraduate. For forty days during the summer of 2015, Zhewei served as a research assistant for Yan Chen, who is now one of Zhewei’s advisors. They worked on a game theory paper about path dependency, or, how past decisions and events influence present decisions. “I found it very interesting to investigate those kinds of issues,” Zhewei said.

After the research experience in 2015, Zhewei was eager to research more. “I enjoy both teaching and doing research so I think being a professor at a university is an ideal job for me,” Zhewei said. “Which is why I chose to get my PhD.”

Zhewei’s first research project investigates group status dynamics: how the status of an individual, and the status of a group, impact the choices people make. Thus birthed the project he’s been working on for the past three years with his main advisor Erin Krupka.

For his lab experiment, Zhewei separates research participants into two groups based off of whether they prefer the paintings of Paul Klee or Wassily Kandinsky. They perform some calculations first as an individual, then as a team, against participants from the opposite team. They get a quarter for each correct answer, and a bonus for earning more correct answers than the other team. Through this process, the perceived status of the group and the individual is established.

At the conclusion of the experiment, participants either contribute money to themselves or the group. This step discovers the extent participants understand their groups’ goal as their own.There is also a control group, who are at no point informed of the “status” of their group as determined by their calculation performance.

Zhewei is in the early stages of developing two other research projects. He is considering exploring how goods with subjective values, like wine or art, are valued. He is also curious about factors that may skew reviews of goods and services positively.

Zhewei likes to read mystery and science fiction novels when he gets the chance.

As a PhD candidate, Zhewei has had the opportunity to teach for four semesters so far. “I can say that my experience as a GSI really motivated me further to my interest in teaching,” he said.