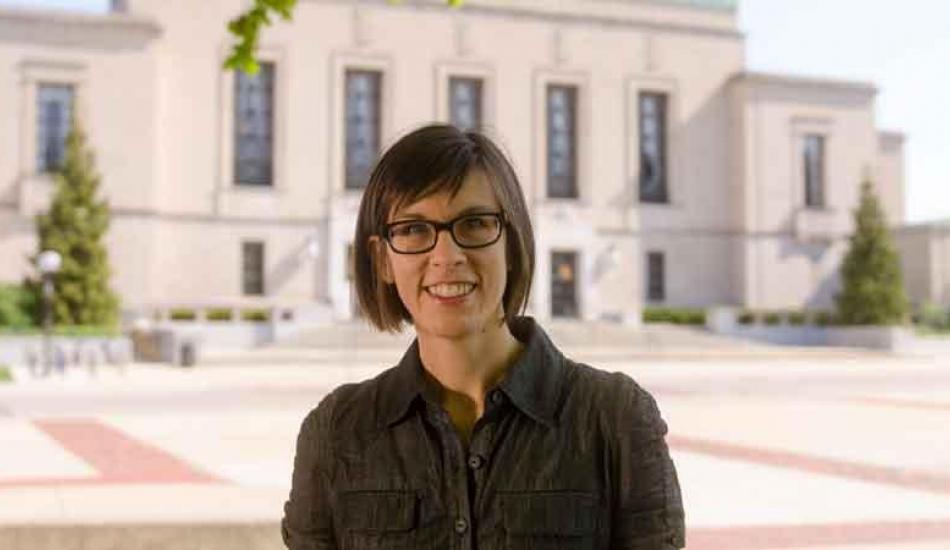 UMSI PhD candidate Melissa Chalmers’ experience as a restaurant general manager may not seem relevant to her life as a PhD student at first glance, but what she learned about working behind the scenes at a busy brewpub has shaped her research interests in significant ways.

“I’ve always been really fascinated by work that takes place just outside of what seems to be the main story, like coordination or support work,” Melissa said. “At the brewpub, I directly managed a staff of 50 people whose work is, for the most part, designed to remain unnoticed. It’s a job with a lot of moving parts. Sometimes there’s an hour-long wait for a table and the kitchen is short-staffed on a Friday night. With customer service, people aren’t supposed to notice it unless something goes horribly wrong.”

After completing her undergraduate degree in social anthropology, Melissa worked for a Boston-based public health company focused on international safe motherhood and family planning. “It was a chance to observe how work gets done in different projects,” she said. “I was interested in the story behind that success or failure – how work is shaped by funding and contracts and personal relationships as much as by the reality on the ground in different countries.”

Melissa’s current research focuses on the invisible work and workers involved in large-scale digitization. In the dream of the paperless office, or even a paperless library, she said, the actual work of analog to digital media conversion is often overlooked. “Media digitization is presented as this seamless thing, as if by magic a book or photograph has moved from the shelf to the screen. Google Books is one example where you just access the end point of a tremendous amount of work. I’m more interested in these human and machine-intensive processes themselves, in the trade-offs that play out as the scale of digitization increases. Focusing on information work allows you to understand digitization as a technical and cultural phenomenon.”

Her dissertation proposal focuses on overlapping networked infrastructures supporting large-scale digitization of print materials, such as historical photographs. Studying large-scale digitization from an infrastructural perspective requires understanding production and consumption of digital images and “allows you to make connections across time, space and scale,” she said.

Melissa was drawn to UMSI’s PhD program because the faculty works at the interdisciplinary intersections of people, information and technology. Melissa supports interdisciplinary cooperation as a member of U-M’s Science, Technology and Society program and the College of Literature, Science and The Arts (LSA’s) rapidly growing digital studies community. She is also a graduate student coordinator for the annual STeMS Speaker Colloquium and Digital Environments Workshop, which brings together students who study digital culture and media. “We want to support meaningful engagement among graduate students who often feel like unicorns in their own departments because of their critical interest in digital culture or media,” she said.

She recently received the UMSI Graduate Student Instructor of the Year award for her teaching in MSI foundations courses during the 2013-14 academic year. Melissa – who has an MA in Cultural Studies from the University of London, Goldsmiths College, in addition to her BA from U-M – hopes to graduate in 2016. She plans to seek a tenure-track job that combines research and teaching, likely at an iSchool or in a communications department.