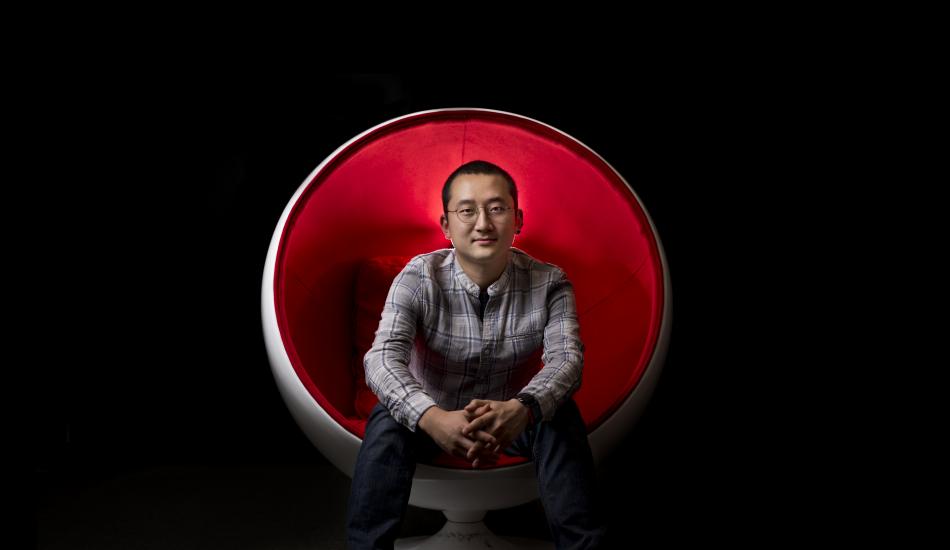 The UMSI ’14 MSI graduate has put this belief into action in projects at UMSI and in his native South Korea since his undergraduate years majoring in psychology and in information and culture technology at Seoul National University there.

He and colleagues at SNU have worked on research looking at how people scroll and where they pause on the screen when reading on mobile devices. “Because the screen is small, you can better calculate which text people have actually read,” he says.

Using data collected this way, they can see which parts of the article people spend the most time on. They want to use this data to build an automatic system to excerpt highlights of an article and create a digest for people who don’t have time to read the whole thing, a work-in-progress they presented at CHI ’14.

At UMSI, meanwhile, SungJin works with his advisor, UMSI associate professor Kevyn Collins-Thompson, to model student behavior using DSCoVAR, a web-based vocabulary learning system Collins-Thompson has developed with partners from other universities. In particular, they want to understand why students become off-tasked from the program and what leads to lowered motivation to use it.

“One of the reasons students get frustrated is because they get questions that are too hard,” SungJin says, which leads them to give up. He hopes the behavioral models will make the system more efficient and adaptive to users, giving them words that aren’t so hard that they give up but still challenging them enough to learn.

SungJin plans to continue work on using data to model users as he embarks on his dissertation research, but his interest in data isn’t confined to the academic. The bass guitar player has also incorporated data interpretation into art and sound design projects.

One project, My Tweet History, involved the visualization and sonification of his Twitter usage history from 2009 to 2012. Different colors and sounds represented different types of Twitter activity: white for tweets by him, blue for tweets that mentioned him, green when his tweets were retweeted, and yellow for tweets that were favorited by other users.

“These sound designs are one way of understanding how people interact with digital devices,” he says.