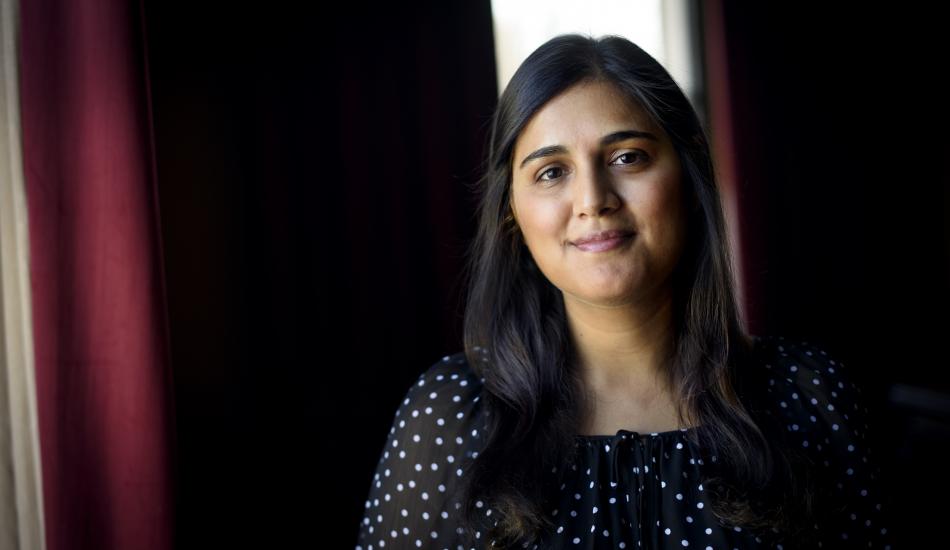 We know what AI can do now. We have some idea of what AI will be able to do in the future. But how do we know how we, the humans in the equation, will collaborate with it? Fourth year PhD student Harman Kaur strives to answer that question.

Growing in Bareilly, India, the daughter of two medical doctors, Harman imagined a career in STEM. She was introduced to computer science in eighth grade and found that she liked the flexibility and practicality of the discipline. “What I loved about it was that there’s a science to it, there’s always a right answer or some goal that you have in the end, but how you go about reaching that goal is up to you.”

Harman came to UMSI to learn about how people relate to technology. “Going through my CS program in undergrad I felt like we were taking classes that were important; you need to know about operating systems, algorithms and data structures because every CS person will use them in some way.” Harman said. “The questions I really cared about where about how people were using technology.”

Harman wants to make human-AI teams more effective. In order to do that, she’s trying to figure out how people perceive the capabilities of the AI-based systems they use, and what makes them trust, or mistrust, these AI agents.

Harman’s primary research undertaking right now involves characterizing breakdowns in people’s mental models of AI agents. To do this, she has set up a pattern recognition task that asks workers on Amazon Mechanical Turk to collaborate with AI to sort objects into being “defective” or not. The objects are not inherently “defective”; there are randomly selected classes of objects that are defective for a particular setting of the task. For example, a blue triangle might be the only defective object among others of varying shapes and colors. The AI agent always knows that the right answer pops up on the user’s screen and reports its assessment of the function of the object. The task tests people’s abilities to recognize the agent’s working pattern and trust it accordingly. Harman and her team want to see at which point people start relying on the AI agent. Following the task, the human workers take a short survey about their experience.

Harman has expanded on, but not strayed from, her CS roots and decided to pursue a dual PhD in computer and information science while at UMSI. “I was glad that Rackham and Michigan offer the opportunity to do a dual program and both departments were okay with that,” Harman said.

Harman has spent every summer since she has been at UMSI working for Microsoft Research. The first two summers she worked in Redmond, outside of Seattle, and this past summer she worked in New York City working with the Fairness, Accountability, Transparency and Ethics (FATE) group.

In Redmond, Harman’s work on productivity got her thinking about the type of research she’s focusing on now. “Working on [productivity tools] made me realize that no matter how hard we try, people have a very limited understanding of how these agents work and that’s a limiting factor.” Harman said.

While interning at Microsoft in Redmond, Harman took full advantage of the hiking opportunities in the Pacific Northwest. She and her friends would hike up to a lake in the Snoqualmie region and “hammock.” To Harman “hammock” is a verb and she describes hammocking after a hike as one of her favorite things to do.

Though she has always been a science and math person, Harman’s love of nature has led her to a more traditionally creative hobby. She likes to paint landscapes from memory when she’s able to get her hands on the supplies. She paints the views from her hammock in Washington and scenes of India.