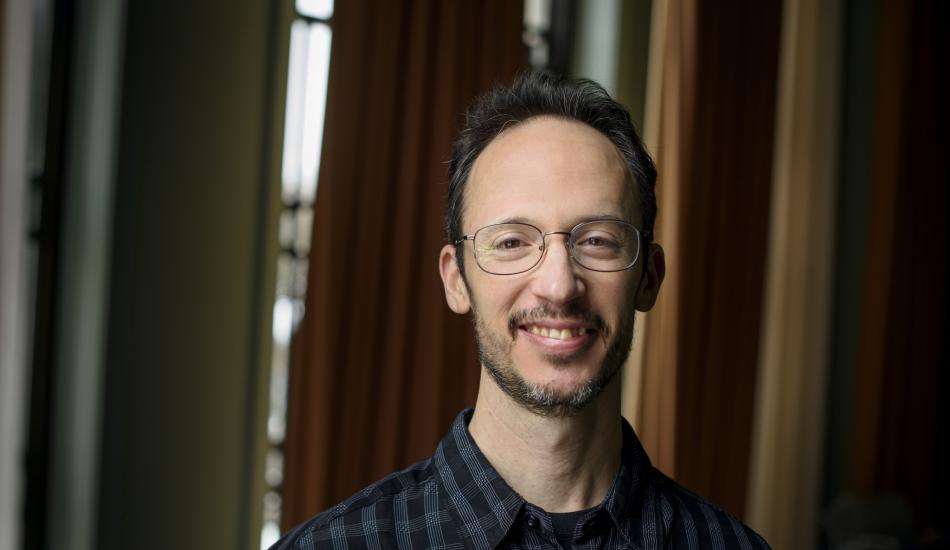 Jeremy York is interested in how people ⁠make decisions about what to collect and preserve and how that informs our self- and worldview.

Libraries have always been a special place for Jeremy. As a child growing up on the South Side of Chicago, he would visit the University of Chicago Library. “I was always amazed at the huge amount of material,” Jeremy said. “It felt like you could go anywhere in the world, and I just loved that feeling of being in libraries.”

As he pursued his Bachelor of Arts in History at Emory University, Jeremy worked in the Music and Media Library. He also worked to digitize selected archives from Georgia Tech and Emory, including newspaper articles from a well-known journalist in Atlanta, the papers of a senator from Georgia, and videos documenting the liberation of concentration camps during World War II, in Emory’s Special Collections Library. “I was deeply impacted by the prospect of making these materials available,” Jeremy said.

Five years after graduating with his undergraduate degree, Jeremy wanted to go back to school. He was interested in studying history again, but felt he had been “out of the game” for too long, and wanted to gain skills to catch himself up with the digital age. “I came to UMSI wanting to learn how to do research better, wanting to learn about technology,” Jeremy said. “I decided on the program in Michigan because of its focus on technology and its interdisciplinary approach to information.”

While pursuing a specialization in Archives and Records Management, Jeremy learned as much as he could about website and database programming, digitization, and providing access to archives. Jeremy still considered doing further research in history, but took full advantage of his time at UMSI to explore opportunities for using digital technologies to make historical collections more available.

After earning his MSI, Jeremy took a job with HathiTrust, a partnership of libraries and research institutions dedicated to collecting, organizing, preserving, and communicating the record of human knowledge. HathiTrust operates a digital repository that preserves and provides access to millions of books and journals digitized from member libraries, both by the libraries themselves and through partnerships with Google, the Internet Archive, and others. Jeremy stayed with the organization for seven years, seeing its collection grow from two to more than thirteen million volumes and from twelve to more than a hundred institutional members.

His experiences with HathiTrust sparked questions that guide Jeremy’s research today as a PhD candidate at UMSI, advised by Elizabeth Yakel. “Very broadly, what I’m interested in is how people—individuals, groups, societies, organizations—make decisions about what to collect and preserve and the impact those decisions have on what we’re able to know about ourselves and the world,” Jeremy said.

For his dissertation, Jeremy studies what researchers who reuse data collected in prior research need to know about those data to reuse them effectively. Jeremy hopes that his work will aide researchers in using archived data to gain new insights and make new discoveries.

Jeremy has also been involved in research led by Myron Gutmann of the University of Colorado and Francine Berman of the Rensselaer Polytechnic Institute to investigate the “stewardship gap,” the gap between data that has been collected in the course of research and the data that is accessible to others after the research has concluded.

Jeremy is in the Museum Studies Program at the University of Michigan and has continued his passion for enabling research with historical materials through internships at the Cell Block 7 prison museum (part of the Ella Sharp Museum in Jackson, Michigan), and the Detroit Institute of Arts’ Research Library and Archives.

When Jeremy isn’t doing research or improving capabilities for performing research, he loves to spend time with his family, play tennis, and run.