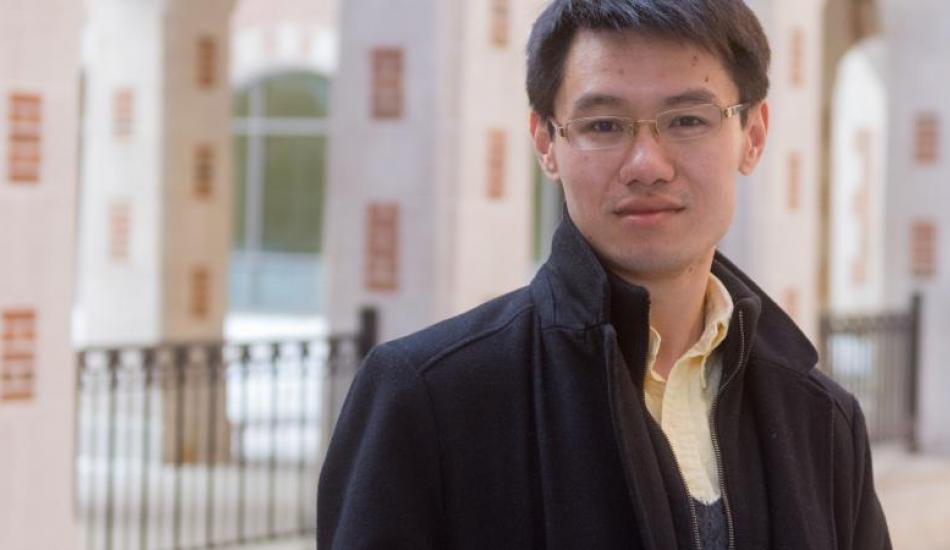 UMSI PhD student Fangzhou “Ark” Zhang wants to understand why people do what they do—whether it’s contributing to a Wikipedia article or deciding which movie to see.

This is all part of the field of behavioral economics, which Ark studies under his advisor, UMSI professor Yan Chen, using large-scale data from field experiments. “What we want to do is run experiments, mostly online, to understand people’s social behavior,” he explains.

Ark, who is pursuing a joint PhD from UMSI and the economics department at LSA, first met Chen when she visited Shanghai Jiao Tong University, where he earned bachelor’s and master’s degrees in economics. He became so interested in her work in behavioral and experimental economics that he took a side trip to Ann Arbor to talk to her when he was in New York City for a conference and ultimately decided to enroll at UMSI.

One looks at how to bring in domain experts to contribute to Wikipedia articles. Although Wikipedia aims to be an open-source, online encyclopedia, Ark says, “in terms of open and online, it’s perfect, but in terms of encyclopedia, I think it’s imperfect.”

Ark’s project aims to improve the quality of Wikipedia articles by motivating economists to contribute to articles in their fields with various incentive schemes. The experiment targets about 4,000 economists around the world and offers different levels of reward for contributing.

Previous research has suggested that the offer of small private benefits—in this case, possibly being cited in a Wikipedia article—actually diminishes contribution compared with receiving no personal reward at all—in this case, only providing information on how many people have been reading the article. However, the offer of a more substantial personal award—in this experiment, being named on an acknowledgement board—raises participation again.

The researchers want to see if this holds true in the case of Wikipedia contribution by experts. “My job is to do the data analysis, which recovers the experts’ underlying preference for contributing to Wikipedia from their behavior observed in the experiment – commonly known as structural estimation, to figure out what could be the best incentive scheme to motivate their contribution,” Ark says.

The second project looks at how joining a WikiProject—an interested-based team that works collaboratively to improve a certain area of Wikipedia—affects Wikipedians’ engagement on the site and that of their peers.

In addition to the Wikipedia projects, Ark is finishing up his pre-candidacy paper, which looks at how a movie’s box office sales change according to online reviews.

There are two types of online movie reviews: Expert reviews from newspapers and sites like Metacritic, and user reviews like those on Rotten Tomatoes or IMDb. “What I want to know is whether the viewers care more about the experts’ reviews or the users’ reviews,” Ark says.

Ark plans to continue doing research once he finishes his PhD studies. He also hopes to do an internship next summer so he can experience research from the industry perspective.