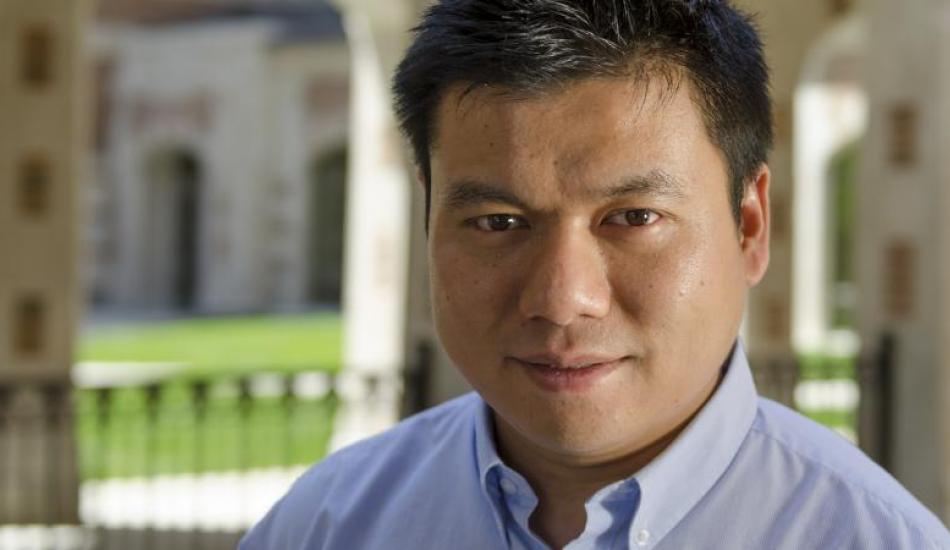 “I work on researching smart environments and more specifically objects that can carry their own memories,” he said. “I wanted to find out whether it will be useful for a house to remember its own past.”

Smart environments combine technology with complex objects to allow users a way to trace the object’s history. By installing hardware and software inside homes, changes can be captured as they occur. Cameras mounted on ceilings take pictures and record when work is done. Sensors attached to walls detect when changes are made. A tablet computer can then be used to view the pictures taken at every stage of a project, using its digital compass and an indoor location service to determine where the user should stand to view these images. “It tells them what the house looked like, what changes were made, where the wires are buried, etc.,” he said.

He interviewed 20 owners of older homes who were making home improvements to find out what kind of information they wished they knew about previous work done. His dissertation will be on smart homes and a second study of smart objects, such as the memory of a car.

“I think a lot of people like old houses because of their character, but often are challenged by the changes made before them,” Tao said. “The technological advancement seems to make it possible for objects to remember how they were used.”

He was drawn to UMSI because of flexibility and accessibility. “The flexibility of the program is really appealing. They tailor courses from different specializations. The admissions office is the most responsive I’ve dealt with. They were really helpful guiding me how to apply for scholarships, guiding me to different professors to work with, and Ann Arbor is a very cool town.”

Tao’s research led to development of an online community system allowing conversations about any particular historic home to occur among people who know the house, including current and former homeowners, neighbors, former guests, and contractors who helped repair and remodel the house. He recounted how a homeowner in Ypsilanti saved antique moldings from a dumpster when a neighboring home was foreclosed upon. When new owners moved in, he gave them the moldings. “They all have stories and information how the house has changed,” he said. “Current owners can ask questions in an online, ad hoc forum.”

As webmaster for Human-Computer Interaction Consortium (HCIC), Tao interacts with other researchers while ensuring all human-computer interaction (HCI) papers are posted on time. During an internship at Adobe Systems, he developed a virtual jigsaw game to make Photoshop easier to learn. Users start with easy puzzles and move to more complex puzzles as they learn techniques to restore photographs.

Tao plans to finish his doctoral work by next summer. He plans to stay in the U.S. a few years and then contribute to HCI education in Asia and his native China, possibly as a university professor. “All the top researchers are in the U.S. and the programs are really established. HCI is really new in China.”

Tao received his MSI in human-computer interaction from the University of Michigan and a Bachelor of Management in Information Systems from Fudan University in Shanghai, China.