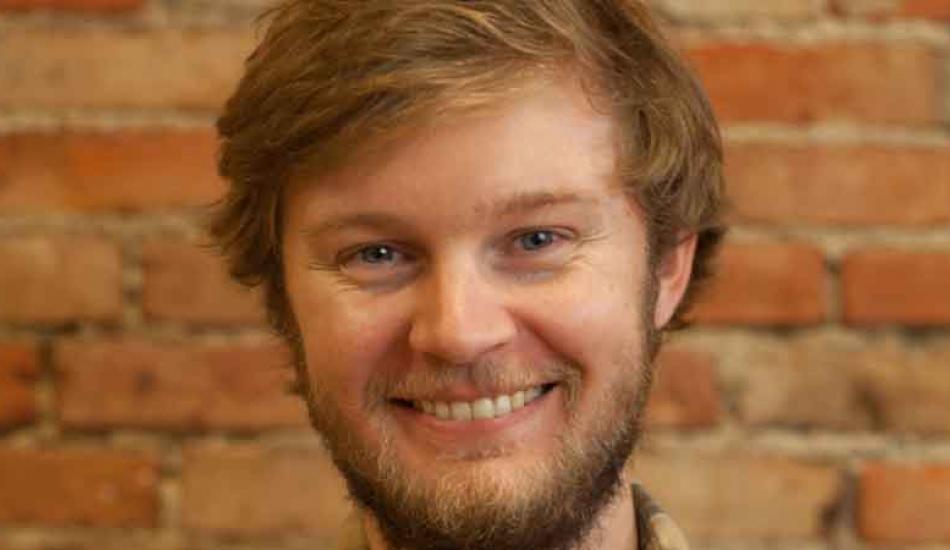 When Matt Burton was thinking about going to graduate school, UMSI PhD graduate Jo Ann Brooks gave him many reasons to choose the School of Information.

“I was working in Boston for a research facility. What really got me interested in University of Michigan was one of my co-workers (Brooks) had gotten her PhD at UMSI … and she advocated for U of M. It seemed like a very research-orientated university,” Matt said.

Matt was working at The MITRE Corporation in information security research when he decided to pursue an MSI in 2008. During that time, he developed JavaScript for the Zotero Project at the Center for History and New Media at George Mason University. Zotero is a research tool that automatically allows users to collect, organize, cite and share research sources.

Realizing he wanted more than a master’s, Matt became a PhD candidate in 2009, studying digital humanities and scholarly publishing. Matt is working on his dissertation on how digital humanists are using blogs as infrastructure for scholarly communication.

“Rather than soliciting traditional article submissions, Journal of Digital Humanities draws on public blog posts and works with authors to re-publish those posts as articles in their quarterly journal,” he said. “This is a ‘publish then peer-review’ instead of a ‘peer-review then publish’ model of scholarly publishing that takes full advantage of the web as a platform for sharing information.”

He and fellow UMSI PhD candidate Melissa Chalmers worked with a group of doctoral students from around the country to develop a prototype tuning and volume knob for Twitter, which allows users to adjust who and what they want to listen to in real time. The knob, called AmpDamp, was the Winner of iConference 2013 Social Media Expo in Fort Worth, Texas. “It’s a physical knob that changes the Tweet you see on the screen,” he said.

Matt developed a passion for teaching over the past three years instructing foundation courses at UMSI. He expects to graduate in the summer of 2014 and would like to pursue a postdoctoral degree and/or become a university professor.

“I believe the best way to learn a thing is to teach it. I think of teaching as a way of thinking and researching in itself,” he said. “I am working to organize a workshop on our campus about topic modeling - a computational technique for analyzing large amounts of text. In the workshop, I want to bring literary scholars and computer scientists together to have a discussion about digital methods and computationally-informed research.”

Matt hopes to have a journal article published in Digital Humanities Quarterly and is working on a book chapter on Archival APIs.

While attending Wesleyan University in Connecticut, Matt talked university advisors into allowing him to converge computer science and biology into an Interdisciplinary BA in Bioinformatics.