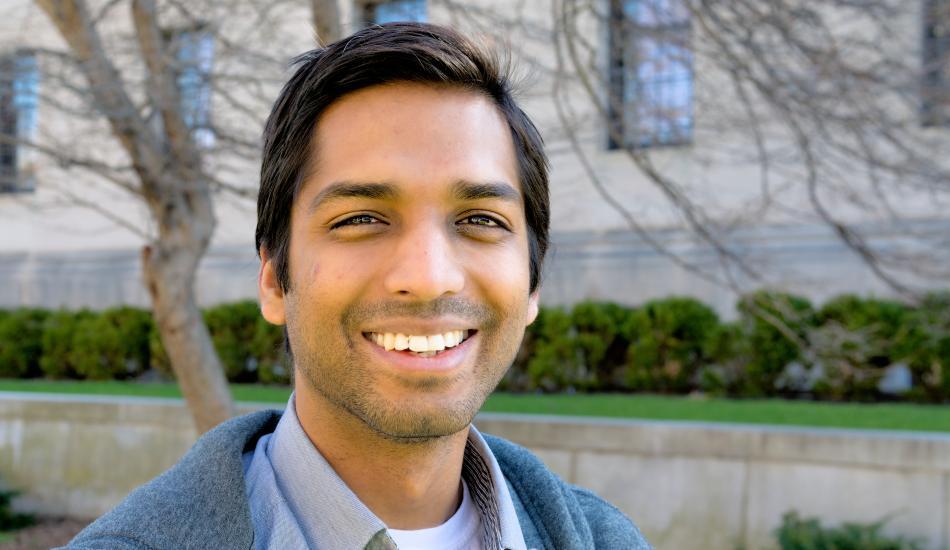 UMSI PhD candidate Priyank Chandra became interested in the social aspects of technology during a stint as a middle school technology coordinator in India, where his job involved finding ways to bring technology into the classroom.

To this end, Priyank, who has a BE in electronics and communication and an MS in quantitative economics, both from schools in his native India, looked at the social aspects of classroom technology—how and whether teachers actually use it. “I was interested in how the community approaches technology,” he says.

“The thing about the software piracy ecosystem is, it starts in the West and goes to developing countries,” Priyank explains.

As such, he is looking at both places. In the summer of 2015, he did fieldwork in his hometown of Bangalore, India, where people sell what are called assembled computers, built to the buyer’s specifications and with often-pirated versions of software preloaded, in offline markets.

He spent three months there, following customers around and asking people questions. Being a local didn’t help, he says: “The vendors were very secretive; it took a long time to get them to talk to me.”

Now that he’s back in Michigan, Priyank is looking at the online communities where the pirated software originates. Before pirated software gets to a place where it can be downloaded or copied, such as a bitorrent aggregator, people in these communities remove the copy protection from the software, he explains. Finding such groups is hard—you can’t just google “software piracy forums” and expect to see them—so he follows traces they leave behind on the Internet to track them down.

In these forums, as with the merchants in Bangalore, he can investigate what he really wants to understand: What are the social norms and institutions, in both places, that enable this behavior?

Priyank hopes to graduate in 2018 and is interested in going into academia.