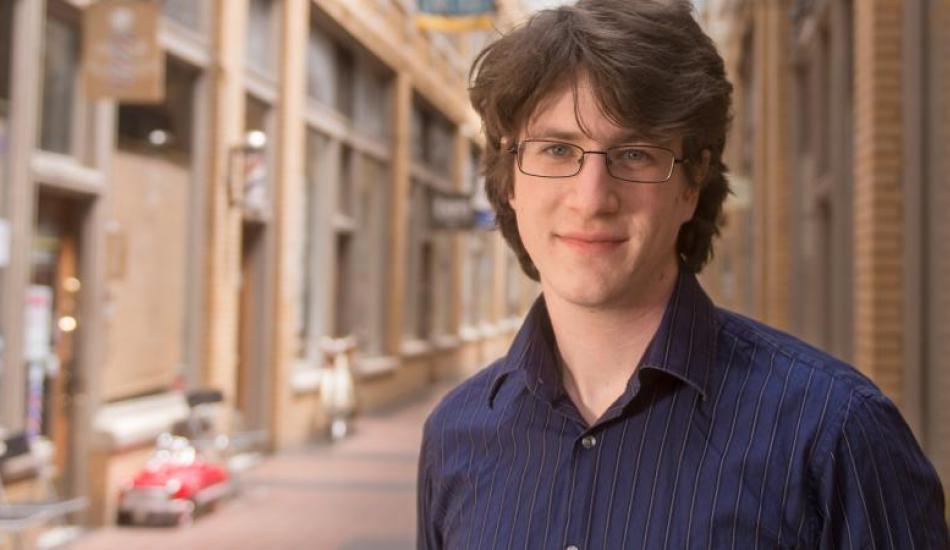 UMSI PhD candidate Sam Carton wants to combat the spread of rumors on Twitter while simplifying the process of debunking or corroborating those Tweets.

“A rumor mill is definitely one of Twitter’s major functions,” Sam said. “Celebrities have a disproportionate amount of rumors spread about them because they’re the ones with hundreds of thousands of followers on Twitter.”

The Foreseer Research Group, led by Sam’s Advisor, Assistant Prof. Qiaozhu Mei, is heading up the Visualization of Rumors on Twitter project, which involves designing a technique for visualizing the interplay of rumors. Sam is one of three graduate students working on the project which involves detecting rumors through phrases such as “Is this true?” or “I heard that..”’; finding all Tweets associated with any given rumor; and Sam’s part – putting together visualization of the way people are behaving.

“It’s along the lines of building an advanced detection retrieval system,” he said. “I’m putting together a visualization that concisely displays the very properties of a rumor – the size of the audience, the speed it spreads, the extent to which people are debunking the rumor either with personal knowledge or sources,” Sam said. He focuses on the movement of people within the states of interaction about the rumor.

The group is interviewing journalists to develop a set of questions for the study. “The point of the pipeline is to give journalists a way to dismiss rumors and visualize and answer questions,” Sam said. “We’re trying to fight the spread of rumors.” The first step of the project is identifying the biggest, most important rumors. “Currently, you can’t estimate this quality in a quantitative way,” he said.

Sam’s research interests include natural language processing, machine learning, network science, data visualization and Human-Computer Interaction. His interest in research was piqued while working as a research assistant at CollabLab at Northwestern University School of Communication.

“I really enjoyed the open-ended research process,” Sam said. “We built Atlasify, a geographic exploratory search engine.” Atlasify uses a color-coded map of the world focused on any topic of interest. The app allows users to search interactive visualizations of query concepts and discover connections between countries based on those concepts. “The more traits in common, the higher the score,” Sam said.

Sam chose UMSI over a computer science school for his graduate education because the work focuses on applicability and tangible benefits to other people. “I came to UMSI because I wanted to do unconventional work, bridging the gaps between computer science and social science and linguistics,” Sam said.

Sam has a BS in Computer Science from Northwestern University in Illinois and expects to graduate in 2017.