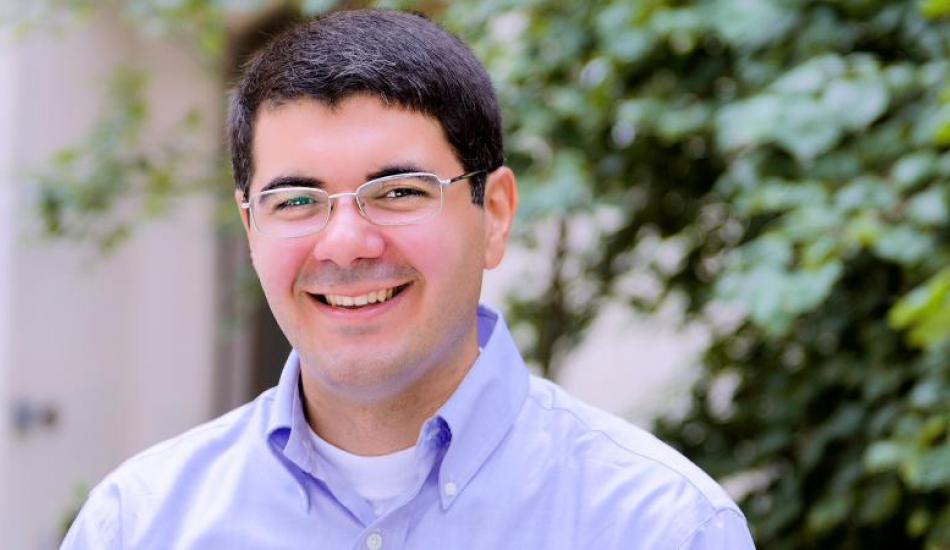 Tawfiq Ammari is looking at how social media fits into men's experiences of fatherhood.

UMSI PhD student Tawfiq Ammari has no kids of his own — yet — but that hasn’t stopped him from investigating fatherhood.

Tawfiq first came to UMSI on a Fulbright scholarship, enrolling in the MSI program in information policy. In his native Jordan, he had studied computer engineering at the University of Jordan, then worked as a quality assurance engineer. “Basically, my job was to find fault with other people’s programs,” he jokes.

In coming to UMSI, he wanted to expand his horizons. “Although I was doing technical work, I was really interested in parlaying that into looking at how people use technology and how technology can help people,” he says.

“I really, really liked research, so I applied for the PhD program, and that’s where I am,” he says.

Schoenebeck, now his advisor, works on social computing, human-computer interaction (HCI) and daily use of social media, especially in families.

“What I’m doing is a subset of that: social computing, HCI and fatherhood,” Tawfiq says.

Many studies that look at parenting look only at mothers, partly because recruiting fathers for such studies is often more difficult. Tawfiq wanted to learn more about fathers’ experiences. “We wanted to see in the first place, were they using social media to ask about parenting, and if so, where were they asking?”

This investigation — as well as related ones on parents with special needs children and LGBT couples with kids — gets at Tawfiq’s deeper interest: How people use online spaces to navigate roles that are changing on both a personal and a societal level.

For example, a new father has been thrust into a novel personal role, of course, but that personal role — fatherhood — is itself shifting quickly as increasing numbers of fathers become stay-at-home dads or are otherwise no longer in the traditional role of primary breadwinner. “So with all these things, there’s a role change, but there’s also a normative uncertainty,” he says.

Tawfiq uses interviews and surveys to investigate how people use social media to deal with and adapt to these changes and uncertainties. His work has resulted in several publications, garnering a Best Paper Award at the 2015 CHI conference in Seoul and a Best Paper Honorable Mention at CHI ‘16 in San Jose.