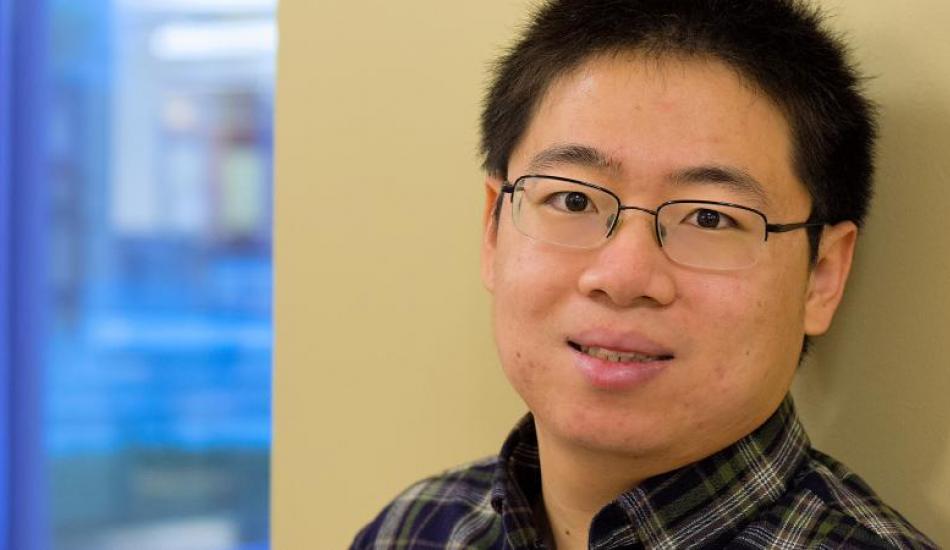 UMSI PhD student Wei Ai’s journey to Michigan began during a semester abroad at the National University of Singapore.

Wei, then a junior at Peking University in Beijing, had a lot of time to himself in Singapore, so he started using douban.fm, the Chinese equivalent of music streaming service Last.fm. He became intrigued at how quickly it used data mining to perfectly predict songs he would like. “I found that it’s super powerful, I always got what I needed. I just loved it,” he says.

When he returned to Peking University, he started working in a lab focused on data mining. He soon realized he had a passion for research and started preparing to apply to PhD programs.

Meanwhile, he met his current advisor, UMSI associate professor Qiaozhu Mei, who was teaching a summer course at Peking University. It was an intensive, week-long course, with class morning and afternoon, but Wei still found time to talk with Professor Mei about more than just classwork. “Actually, he talked about UMSI,” says Wei. That’s when he became interested in coming to Michigan.

Almost the moment he landed, Wei became involved in a research project led by Professor Mei and UMSI professor Yan Chen, studying the effect of social identity on lender behavior on the P2P lending website Kiva.org.

Professors Chen and Mei wanted to know what motivated people to lend altruistically, hypothesizing that competition to be on a winning “team” on the site motivated people to donate to projects. Although they had empirical data from the site, they also wanted to devise an experiment to study the effect of joining a team on lending behavior. In the ideal experimental model, they would have randomly assigned some users to teams and not others, then observed whether users on teams lent more. However, they couldn’t just divide Kiva users into two groups with instructions to join or not, so they created a recommender system that suggested teams for people to join based on their past activities on the site, location similarity, and team ranking. Users usually followed the suggestions, especially location-based ones, delineating clear experimental groups of people who were opting in or out of teams.

Wei was able to intern at the Kiva headquarters to implement the recommender system in May 2014 and is now working with Professors Chen and Mei on a paper based on the experiment.

One thing Wei loves about UMSI is the opportunity for him to apply the methods he learned from both sides of his dual undergraduate degree in computer science and economics. Whereas economics focuses on causality, machine learning focuses on prediction, he explains. He wants to apply the causal inference techniques he learned as an economics major to machine learning and data mining and says working with Professors Mei and Chen has given him the opportunity to do this.

Wei, who plans to graduate in 2018, is still considering whether to go into academia or industry. Last summer, he got a taste of applying data mining to industry during an internship at Twitter, so he now has experience in both domains.

“I think in academia there are more interesting questions and you have the freedom to do the projects you want to do. In industry, you have less freedom, but you have more access to data,” which is sometimes hard to get in academia, he says.