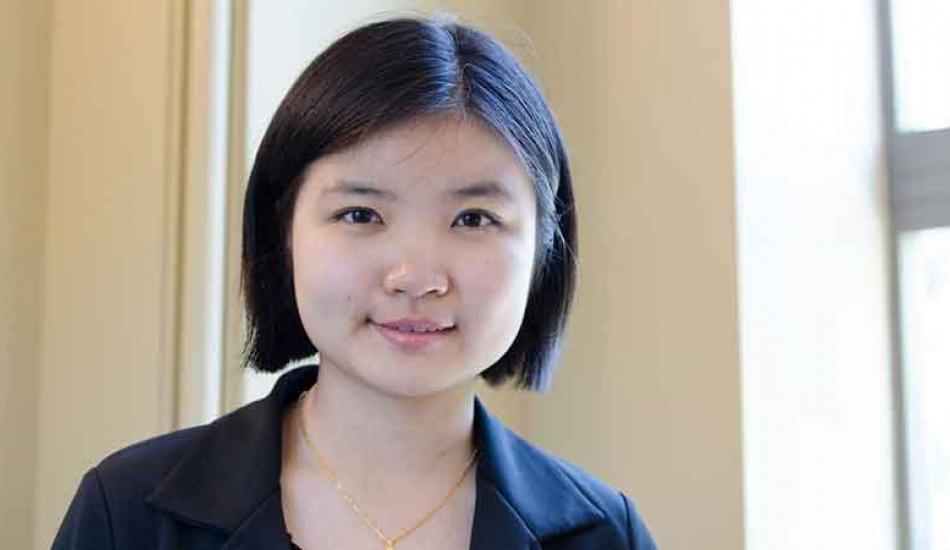 Wenjing (Carrie) Xu is the first doctoral student to be enrolled in both UMSI and the Department of Economics. Her interdisciplinary research combines both fields to understand human decision making.

“I use experiments to study social networks and social influence,” Carrie said. She was drawn to UMSI by professor Yan Chen and assistant professor Erin Krupka’s work in those areas as well as behavioral economics and mechanism design.

Carrie’s recent research involves looking at how incentives facilitate coordination in large networks. “Whether we look at our work, our social or civic lives, we are in large and connected groups that often have to make tacitly coordinated decisions,” she says. “The larger the network, the more difficult it is to coordinate.” Using a carrot-and-stick approach, she says, “We discuss whether we can change the pecuniary payoffs to encourage people to coordinate on the desired actions. We provide people with the carrot to take the risky, but welfare-maximizing action and we use the stick to punish people when they take the conservative and inefficient action. The carrot-and-stick approach is intended to reduce the strategic uncertainty and risk of taking the desirable action.”

A native of China, Carrie also speaks English, German and Cantonese. She became a foreign exchange student at the University of Mannheim, Germany to broaden her horizons and take on new adventures. “I wanted to experience a totally different culture,” she said. “I also used the exchange student experience as a challenge for myself to see if I would enjoy studying abroad. It was so amazing that it motivated me to come to the U.S. for my graduate studies. I made so many good friends and we all had this plan to travel around the world to each other’s country.”

Carrie keeps in contact with the friends she made in Germany and recently met up with her former roommate during a visit to New York. She has been a Facebook pen-pal with her best German friend for over four years. “I’m still taking German classes now on campus to keep up my vocabulary,” she said. “I wish I could learn Spanish later. Two of my best friends that I made in Germany are Spanish.”

Carrie has a BA in economics with minor in mathematics from Shanghai Jiao Tong University in China and hopes to graduate from UMSI in 2016. “I wish I could get an academic job or work in a research institute,” Carrie says. “The world and human behaviors are so fascinating to study!”