Faces of UMSI: Sangseok You 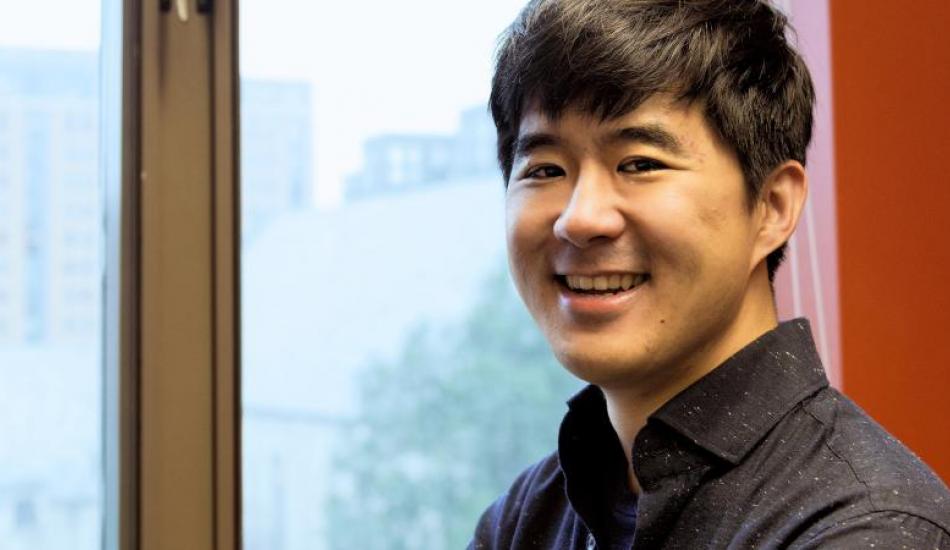 For UMSI PhD candidate Sangseok You, Lego blocks are more tools than toys.

He uses Lego Mindstorms, a series of kits that include computers, motors and sensors, to understand the dynamics of teams containing both multiple humans and more than one robot.

Before now, research into human-robot interaction has mostly examined either one-on-one interaction between a single human and a single robot or robots in public spaces, known as public service robots, Sangseok says. “But what if two or three humans get teamed up with two or three robots?” he asks. “It should be different than between two humans.”

In particular, Sangseok is interested in trust between robots and humans and between different humans on teams that include robots. For example, he says, two or three robots might be teamed up with two or three pilots of the robots on a search and rescue team. If two people on such a team trust each other, or two robots trust each other, how does that impact the team’s work?

Sangseok’s research is not focused on the robots themselves, though—it’s about the interaction between members of mixed robot-human teams—so he doesn’t need to use “full-blown, expensive robots,” he explains. That’s where the Lego blocks come in.

This research direction might be surprising for someone who majored in mass communication and journalism in college, but the thesis he wrote for his undergraduate degree was the first step on his path to UMSI.

Around that time, portal sites were becoming dominant in Korea, and a debate developed over whether they counted as media themselves because they had become a kind of gatekeeper between the public and news and other information. He wrote his thesis about this debate. “That was the first time I got interested in how technology can shape how people view the world,” he says, although he still saw it from the viewpoint of a journalist.

After graduation, Sangseok worked at POSCO, the fourth-largest steel company in the world, headquartered in Korea. As the iPhone was introduced for the first time, one of his main tasks was to introduce new devices to executive-level staff and consult on how to integrate these devices into the legacy system. At this point, he became interested in how teams and organizations use technology.

This interest prompted him to pursue a master’s degree in interaction science, studying human-computer interaction, at Sungkyunkwan University, his alma mater. During that time, he realized that he enjoyed research, reading articles, and discussing and writing about academic topics seriously, so he decided to study for a PhD.

As he examines interaction in human-robot teams under the guidance of UMSI Assistant Professor Lionel Robert, Sangseok has also engaged in self-reflection through writing. In a collection of interconnected essays, due to come out in early 2016, he describes himself from the perspective of others. He has previously published eight essays in collections with other authors as well as a book, How to Win an Interview, a collection of conversations with 30 highly successful people.

Sangseok hopes to graduate in 2017 and go into academia, maybe eventually helping to develop more UMSI-type programs in South Korea. He also plans to continue his writing projects. He doesn’t want to be a famous writer, he says—just a persistent one.