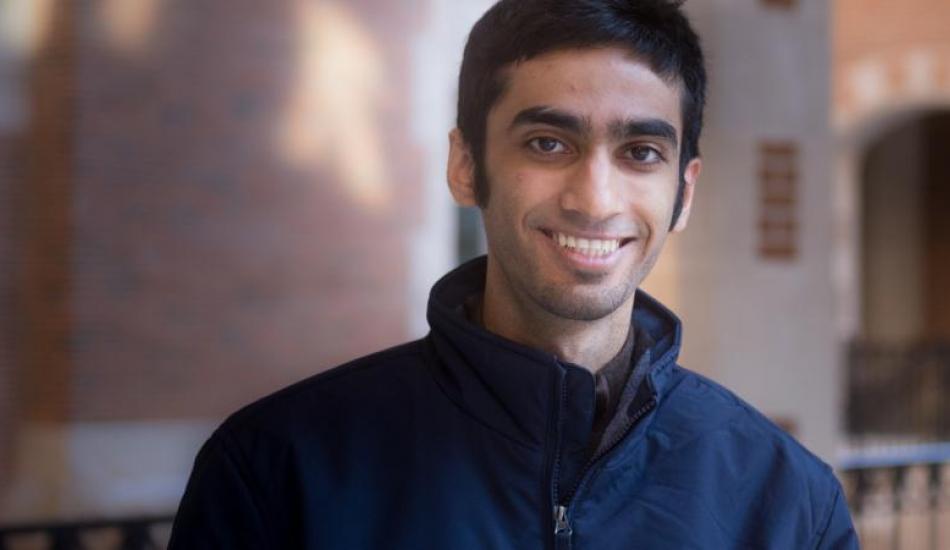 Rohail Syed considered different information schools and then confidently chose UMSI. He felt that U-M offered exactly what he was looking for. He saw faculty here diving into topics that closely matched his particular areas of interest, notably the melding of information research (IR) and education — how can we optimize searching while learning?

Rohail started out in computer sciences and its field of endless possibilities, but then narrowed his focus to something that felt meaningful. For him, that means education for the sake of learning, not just strengthening apps and software.

He feels fortunate to have partnered with his advisor, Kevyn Collins-Thompson. “From the beginning, it’s been a great match,” Rohail said. “He has expertise in IR and CS (computer sciences) and education, and he’s always open to discussions. Overall, it’s been very positive working with Kevyn.”

Rohail entered the PhD program at UMSI in 2014, after graduating with a bachelor’s degree in information and communication system engineering from the National University of Sciences and Technology in Pakistan. A self-described lifelong learner, he feels strongly about working toward the development of a better IR system, such as a search engine. He believes an improved system would be one that interacts with you and tailors its results accordingly.

Up to now the line of thinking was that relevance was the only factor that mattered when searching for information. But Rohail is part of a growing cohort of researchers who wonder if relevance is no longer all that matters. What about the effort of the user?
Rohail recognizes the increasing demand for deepening one’s own understanding of a subject. He envisions a user receiving results that compel him to search on – and foster a personal sense of knowledge and wonder.

He’s interested in this field because he sees it as an unfortunate consequence when their search results leave users de-motivated. “If the information you end up with is obscure or irrelevant, then the system is doing you a disservice.” Rohail’s vision of an enhanced search system could augment individual learning. “In lower grade levels, it’s your teacher who helps you understand concepts. At the university level, you’re expected to be an autonomous learner, to be driven by your own initiative. The question becomes, what resources can help you take that initiative?”

He will continue to try and answer that question as he carries on with his studies. While his degree is still a few years away, Rohail believes the path he’s on will leave him engaged in research. “Between the algorithmic side and the interface side of computer science, there’s always something that can be improved upon.” He says, “I’d feel successful if I contributed toward work that ended up as part of an entirely new search engine.”

Even though his schedule is increasingly busy, Rohail likes to propel his creative side by taking long walks around the campus. “I don’t have much free time now, but I take walks whenever I can. I believe staying active is important to idea generation – sitting is not.”