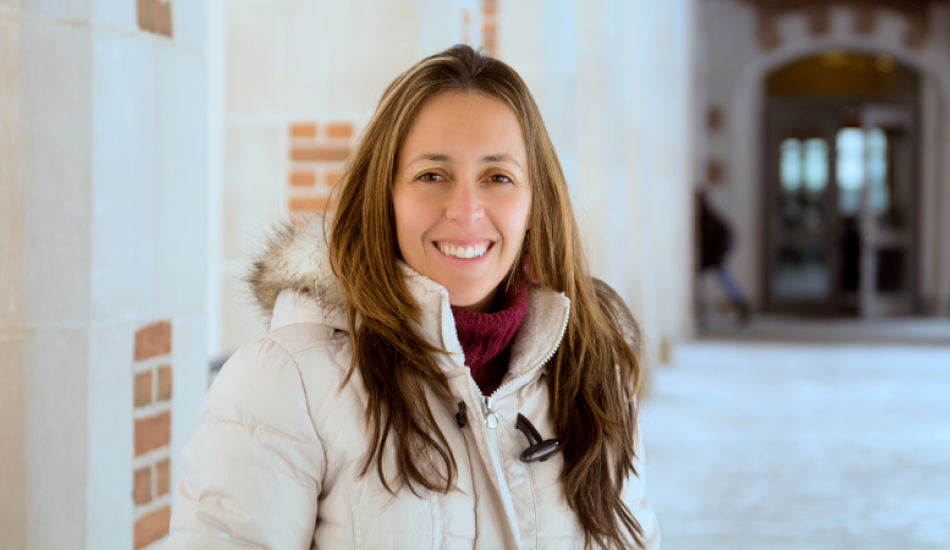 UMSI PhD candidate Tamy Guberek’s drive to meet the epistemological and methodological challenges of uncovering violent atrocities and seeking justice for them began in 1999, during her sophomore year of college, when she and a friend decided to go to The Hague for spring break.

Encouraged by an undergraduate seminar, they traveled to the International Criminal Tribunal for the former Yugoslavia (ICTY), one of the first courts since Nuremberg to prosecute war criminals, and interviewed the chief prosecutor and others involved about the court’s achievements. As the court was being heralded as a major advancement for international justice, they wondered, what did this distant justice process mean to people who had endured so much suffering in ex-Yugoslavia?

“That struck us as a really important question, one that was just beginning to be considered,” Tamy says.

To find the answer, she took a year off college to conduct a study in Bosnia and Herzegovina. As she and her friend worked to answer their question, they sought the guidance and skills they needed to conduct a study that could generate representative evidence. They surveyed a random sample of NGOs in Bosnia at the time, and from those civil society groups they learned that the vacuum in information and outreach by the ICTY was being filled by partial or total misinformation, exacerbating the ethnic and political tensions in a process that claimed to individualize responsibility and promote reconciliation.

Among the many lessons learned from this early research endeavor, Tamy gained a deep appreciation for the importance of using sound data- and evidence-driven methods to answer key questions about post-conflict justice.

After graduating and working at Human Rights First in New York for a time, Tamy moved to Colombia, driven by a desire to continue using data and methods to support human rights advocates. Working as Latin American coordinator at the Human Rights Data Analysis Group, she and her colleagues applied data science methods to shed light on the magnitude and patterns of human rights abuses in Colombia, Guatemala and other countries.

In Guatemala, for example, an archive of millions of pages of police records, documenting more than 100 years of surveillance and repression, was unearthed. Tamy and her HRDAG colleagues worked with Guatemalan activists to sample and code the records to better understand the police command structure, how decisions were made and what types of documents might have the most information about violations. These documents, their metadata and statistical analyses of them were then used to support truth-seeking and justice initiatives, including one that contributed to the conviction of the former Guatemalan police director in the disappearance of university student during the country’s decades-long conflict.

In Colombia, Tamy  worked with various government and nongovernmental organizations who gathered a lot of data on issues like forced disappearance and sexual violence and used it to support their advocacy. But as she watched the organizations make categorical claims about whether human rights violations were improving or worsening, she began to worry about the ways the evidence used to support these claims was incomplete. “What gets observed, what gets recorded and what gets analyzed is not the same as what happened—and yet the stakes for empirically based ‘truth’ were quite high,” Tamy explains. “What was the relationship between data and reality? I developed deep angst about this question.”

And while these experiences deepened Tamy’s appreciation for technology and science in helping to collect, preserve, analyze and disseminate knowledge about abuses, they also raised her concern about the high expectations people have, both in human rights and beyond, that these tools will provide revolutionary solutions to age-old problems. For all of their value in providing hard evidence, data also have silences, and technology and statistics can also amplify these silences when not carefully used.

Opacity in information was a concern for her throughout her most formative experiences. “In Bosnia, the criminal justice process and the evidence it revealed was opaque to the most important audience: the people who endured and survived the war,” she explains. In Colombia, while data was actively sought, arguments were made based on partial data that was represented as the complete truth. “In Guatemala, millions of records were available, but they simultaneously revealed and concealed information about violent events.”

Tamy left Colombia for graduate studies—a dual master’s in history from Columbia University and the London School of Economics. Her thesis dealt with what she calls “silences in sources”: information that is missing for a spectrum of reasons, from intentional concealment to just getting missed in the everyday pattern of writing things down. “There are all these different ways that important events remain off the record,” she explains.

At UMSI, Tamy has continued her study of how production and consumption of information can be more aligned, “This is important,” she adds, because “silences in data are often central to the explanations people seek, the claims people make or the evidence on which policies will be determined.”

She published her study detecting silences in the Guatemalan National Police Archive.

In her dissertation, she is studying the impact of communicating uncertainty about data to decision-makers. In the meantime, Tamy has also taken a leading role in researching the online privacy behavior and concerns of vulnerable communities.

Tamy plans to graduate in 2019. UMSI professor Kentaro Toyama is her advisor.