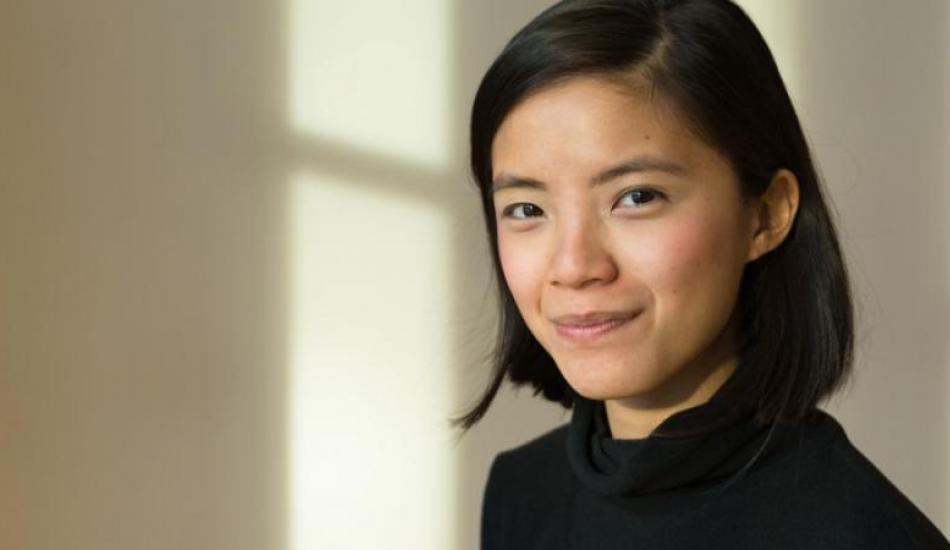 Cindy Lin is taking an interdisciplinary, international and intergenerational perspective while bringing science and biohacking to makerspaces.

Cindy majored in Southeast Asian Studies as an undergraduate at the National University of Singapore. There, she studied Bahasa Indonesia, the national language of Indonesia. She became more comfortable with the language when she used it for an ongoing ethnographic study that began in 2014. Lifepatch is a cross-disciplinary citizen initiative based in Yogyakarta, Indonesia, that brings together arts, science, and technology to creatively respond to socio-environmental and political issues in Indonesia.

Since then, she has looked at maker- and hackerspaces from interdisciplinary, international and intergenerational perspectives.

Makerspaces are by nature interdisciplinary, but one discipline that has been absent from many is science and, especially, the life sciences, or biohacking, she says.

One reason for this may be that people tend to be a little scared of biology, Cindy says, perhaps afraid they’ll create something dangerous. However, she believes that biohacking has an important role to play in makerspaces and in the wider society.

For one, it increases accessibility by “making labs outside of labs,” she says. Also, there’s a sustainability aspect. For example, instead of using dyes to make patterns on textiles, bacteria could be grown on the material in ways that produce similar patterns. Finally, biohacking can make people more comfortable with science through “small, minute scientific experiments that you can do to understand that science is all around you and science is not threatening,” she says.

Cindy is also interested in bringing science closer in touch with makerspaces such as Brightmoor Maker Space in Detroit. She hopes to see this group and others interested in community engagement with ground-up approaches tackle some of Detroit’s serious problems, such as water shut-offs.

In fact, ideally, Cindy hopes to bring together the makers and hackers from Lifepatch and Brightmoor to tackle these problems. “I want to see how these different transcultural collaborators can solve problems in Detroit,” she says.

In particular, she feels, these two groups could learn a lot from each other because they are both marginalized economies: Indonesia is on its way into the tech manufacturing era, and Detroit is trying to return to it.

Through this project, Cindy hopes be a part of “decentering Detroit as a sort of ruined space and construct a narrative of hope.” On the academic side, she wants to better understand the cultural specifics of material practices and the ethos of hackerspaces and makerspaces in periphery sites.

In addition to looking at hacking and making from interdisciplinary and international perspectives, Cindy has also looked at the concept from an intergenerational point of view. As part of the Nenek Project, she collaborated with Stefanie Wuschitz of the University of Applied Arts in Vienna and the members of Lifepatch to interview the mothers of Lifepatch members. Their goal, she said, was to answer the question, “What are the kinds of contexts of nurturing and knowledge transfer which allow hackers in Indonesia to do what they do in science and technology?”

They discovered that the mothers actually had a way of organizing themselves within their neighborhoods—originally informal but later formalized—that resembled a hackerspace. “We see it as an older way of forming hackerspaces: getting together and sharing things whether tangible or intangible,” she says.