Abstract
Many applied economic and political settings involve tradeoffs between in-group members and strangers. To better understand decision-making in these contexts, this research agenda measures and investigates the relevance of heterogeneity in moral universalism: the extent to which people exhibit the same level of altruism and trust towards strangers as towards in-group members. We first introduce a new experimentally-validated survey-based measure of moral universalism that is simple and easily scalable. We then deploy this tool in several large, representative samples of the U.S. and other Western nations to understand economic and political ramifications. Linking variation in universalism to economic and social behaviors, we document that universalists donate less money locally but more globally, and are less likely to exhibit home bias in equity and educational investments. In terms of social networks, universalists have fewer friends, spend less time with them, and feel more lonely. In the political domain, heterogeneity in moral universalism sheds light on the particular structure of ideology that we observe throughout the Western world, with left-wing and right-wing people both supporting government spending, just in different domains. 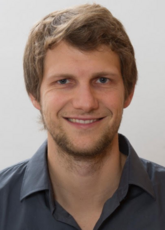 Benjamin Enke is an associate professor in the department of economics at Harvard University. His research is in behavioral and experimental economics, cultural economics and political economy. His work focuses on two lines of inquiry. First, experimental work on bounded rationality in belief formation and choice. Second, experimental and survey-based research on moral universalism (and cultural variation more generally).

He received his PhD in 2016 from the University of Bonn and subsequently joined Harvard’s Economics Department. Since 2018, he also serves as Associate Editor at the Journal of the European Economic Association.

The Social, Behavioral and Experimental Economics seminar series is a joint presentation of the School of Information, the Ross School of Business and the LSA Department of Economics.