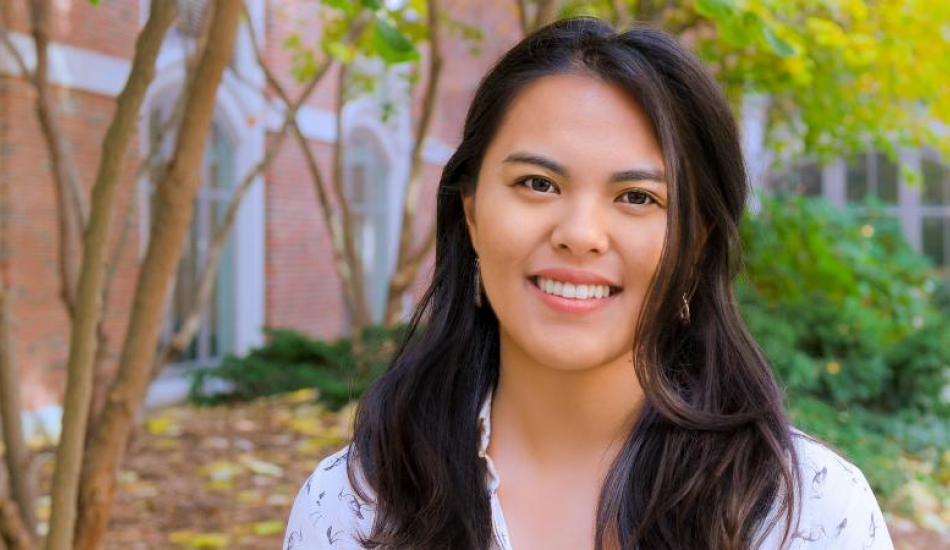 Going from working in a global ad agency in Los Angeles to preparing to travel to Ecuador as a Peace Corps volunteer might lead one to think something transformative had happened in Jaklyn Nunga’s life. After all it’s quite a switch from the glitz of southern California to South America’s tropical northwest coast. Although maybe the journey was simply the culmination of many little decisions over time.

Jaklyn grew up in California raised by parents who are both from the Philippines. From a young age, her parents were upfront about life’s inequities and taught her to be socially conscious, whether the actions she could take were large or small. She always felt an innate drive to do something bigger but wasn’t sure exactly what that would be.

Then in 2014, after graduating from UCLA, she embarked on a 6-month tour of Southeast Asia. While in the Philippines, Jaklyn had her first encounter with a Peace Corps volunteer. She credits him with planting the seed to one day join the organization.

She also attended a social entrepreneurship summit. The focus of which was teaching the participants how to work with the locals in any capacity. It was about fair work and fair practices, learning to work with people in the community and to teach locals the value of hiring locals for their own businesses.

As Jaklyn says, “That was just another seed for me. I thought I would love to come back and work in a setting like this and truly work with and for a community.”

She knew the next step in her life would mean changing jobs or going back to school. Jaklyn explored a few master’s programs and was drawn to U-M because of its strong Peace Corps affiliations. When she attended Visiting Days, she felt certain this was the right place for her to start working on her larger life goals.

“The entire session was thorough. It was informative. I knew unless something crazy happened, I was inevitably going to get my master’s degree here.”

Jaklyn is part of the U-M’s last class of Peace Corps Master’s International students. This means she will attend class for two terms, complete 27 months of Peace Corps service (including two and a half months of language and sector training), and then finish two terms at UMSI. While the four-year commitment could seem daunting to some, Jaklyn has figured out the benefits of this arrangement.

“The PC Master’s International structure is appealing. The beginning classes help me prepare my mind and give me a framework for which to go into the field. I’ll be conscious of what I’m studying and how I can apply that. Then when I come back to U-M, I’ll be coming back to a community of other returned volunteers and I’ll gain more skills that will give me credentials to build on what I’ve learned in Ecuador.”

Jaklyn manages a somewhat hectic schedule with classes, homework, her work as an information mentor, and prepping to be a health extension volunteer while in Ecuador. When she finds small snippets of down time, she’s likely checking out concerts or movies with her friends or perfecting her Spanish language skills with Spanish meet-up groups.