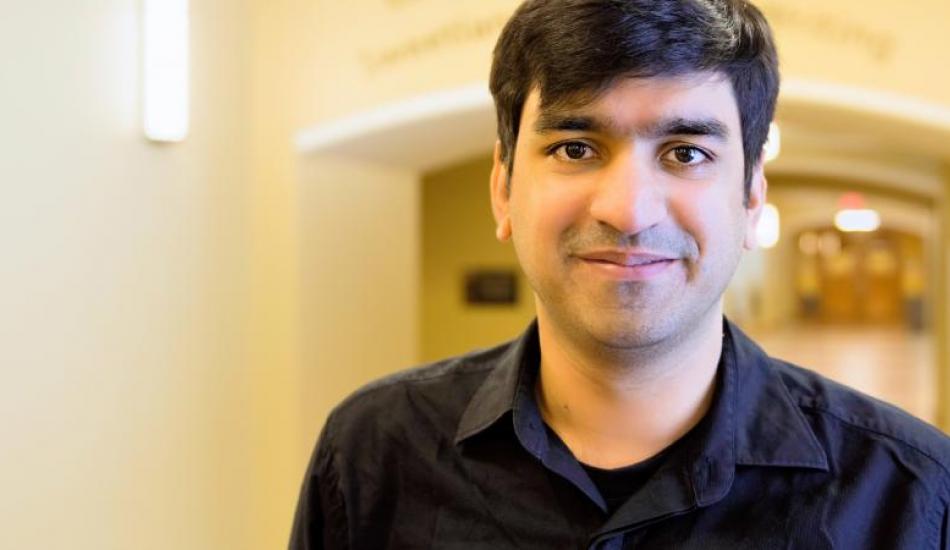 For a year after he graduated from Thapar University in northern India with a BE in electronics, instrumentation and control, he worked as an analyst at Deloitte. There, he valued the chance to learn his part of the process at a minute level and see how it fit within a larger project. However, he also wanted a chance to work in a space where he would have more autonomy and be able to use the design skills he had developed through extracurricular activities during his undergraduate years.

He got this chance when he joined Hot Cocoa Software, a consulting startup working with people and organizations who wanted to build apps. The company was looking for someone who could build mockups of apps they were working on, and Samarth fit the bill.

He also had the opportunity to design and build the company’s website from the ground up, designing the logo and taking care of branding and business cards as well. “That was my first stand-alone website used for commercial purposes,” he says.

Although Samarth studied engineering in college, he got involved in design early in his undergraduate years by helping with both print and electronic marketing for student group events. For example, he was part of a group that designed and created the promotional website for Team Fateh, a formula racing team representing Thapar University in a competition sponsored by the Society of Automotive Engineers.

Using Flash, which was big at the time, the group designed the website to look like a garage. The garage door would open as the website loaded, and clicking on different parts of the car took users to relevant parts of the site. “The combination of graphics plus interactive is something I’m always striving for,” Samarth says.

At Michigan, Samarth worked his first year with assistant professor Tawanna Dillahunt, looking at how people differentiate between personalized and non-personalized search results when using various search engines; they presented a paper based on this project at the 2015 CHI conference. Continuing his explorations in search and research, he interned at Adobe over the summer, building a search interface with their XD Studio team.

In his second year, he has transitioned to the EdTech domain, working with research assistant professor Christopher Brooks on a project involving text analysis tools and on building a dashboard to help students choose courses that would fit them best.

Although these projects have more of a developer bent than a designer one, Samarth wants to be able to bridge this duality in his work.

At heart, he says, “I’m a designer who likes to code.”