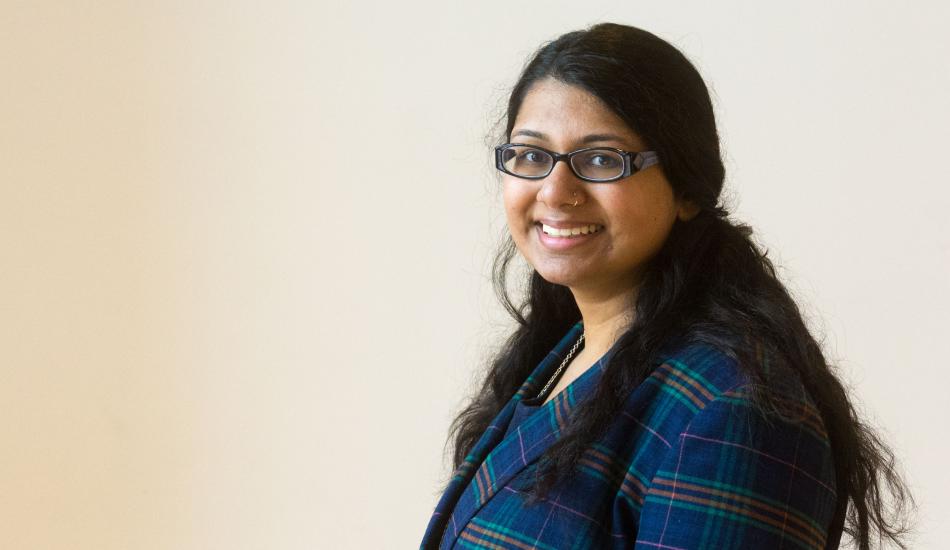 With a B.S. in Biological Engineering from Cornell University and an Master of Public Health (MPH) in General Epidemiology from the University of Michigan, Pritika Dasgupta has had the opportunity to explore the biological and health fields from many perspectives – from understanding how systems work to approaching public health questions through micro- and macro-level inquiry.

During her undergraduate career, Pritika completed a research internship in which she studied social media usage among students and faculty and looked at how its usage impacted academics and research. This project introduced her to informatics, as she learned about websites, content management systems and data visualization.

After entering the MPH program, Pritika joined a general epidemiology lab, where she examined genome data and correlating risk factors within a longitudinal cohort study. For her final capstone project, she used mathematical modeling to study the evolution of virus-mediated cancers, such as human papilloma viruses (HPV), while also creating her own sexual behavior questionnaire as an extension of the project.

However, upon finishing her degree she realized that the research questions and data sets that she had been working on lacked an element of immediate application. She was ultimately drawn to the field of health informatics as it allowed her to have a more direct impact on public health.

“Looking at clinical data, there’s a lot more I can extract from it that people can see, whereas with epidemiological data or biological data – something more scientific and abstract – I don’t see it having a public health impact right away,” Pritika explains.

She adds, “With clinical data, you can analyze it and communicate it through the media, you can suggest changes to the electronic health records (EHR) or health policy – there’s more of an immediate impact that way, and that’s what intrigued me about the health informatics program.”

On an internship in Bangalore, India this past summer, Pritika was able to gain first-hand experience implementing and testing health informatics solutions within an international setting. As part of UMSI’s Global Information Engagement Program (GIEP), Pritika and her team worked on developing a comprehensive web portal for connecting the elderly, their families and eldercare organizations.

“We learned a lot of skills outside the classroom,” Pritika said, as she outlined the challenges of designing, prototyping, conflict and time management and usability testing that her team encountered in Bangalore. “It’s not only about the material you’re learning but also about the situation the MHI program puts you in. We’re trying to solve problems that are interdisciplinary.”

Currently in her second year at UMSI, Pritika has chosen to focus on data analysis, particularly data mining and natural language processing with clinical data. She plans to pursue a PhD in Clinical Informatics and hopes to work in both academics and research during her career.