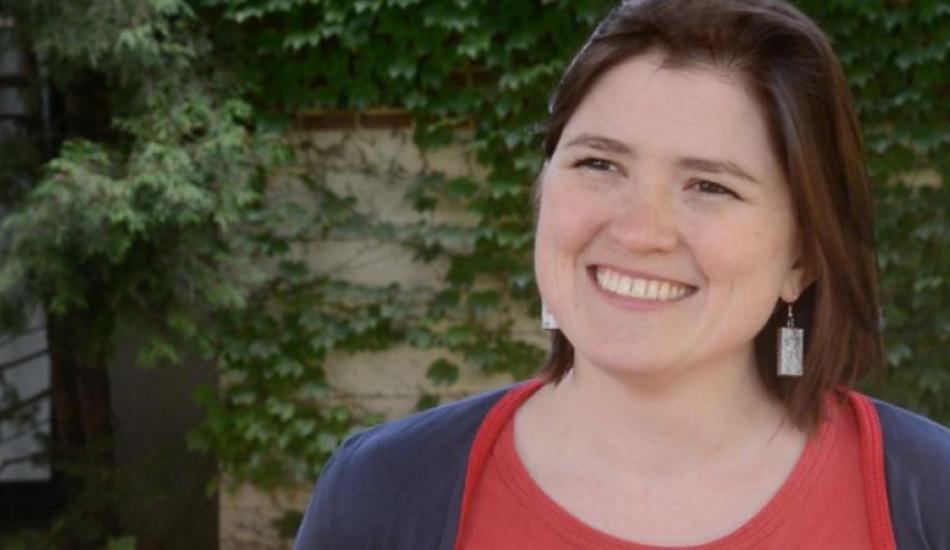 Stephanie Wooten’s involvement with education technology at UMSI began with a cup of coffee.

What started as meetings with other UMSI students to discuss using technology and games in educational settings soon led Stephanie to co-found Learning and Education Technology at the School of Information (LETSI) with fellow MSI student Adam Levick.

LETSI strives to bring together designers and practitioners interested in education technology and promote collaboration between the two groups to facilitate learning. In its first year, LETSI members focused on sharing resources and ideas by facilitating discussions, inviting faculty and local startups to give lectures, and talking to other students to learn more about education technology programs and interests across U-M.

Stephanie’s affinity for education is driven in part by her desire to inspire younger women to get involved in science and technology fields. A self-proclaimed “geek,” Stephanie developed a love for comic books, science fiction and fan culture at an early age. While pursuing her master’s degree in critical studies in the School of Cinematic Arts at the University of Southern California, she saw few online communities that acknowledged and welcomed women with these interests, so she started her own community website — Nerds in Babeland.

Building the site in WordPress and managing its social media efforts, Stephanie provided women with a space where they could share their thoughts and opinions in science fiction, comics, novels, movies, technology or crafts. At its peak, Nerds in Babeland was fairly successful, with 10 contributors, a few thousand Twitter followers and even some recognition from “geek celebrities.”

Stephanie hasn’t kept up with the site as much since starting her human-computer interaction master’s program in the fall of 2013, but credits the experience with growing her interest in computers and technology. And with bachelor’s degrees in film and video studies and English language and literature from U-M, Stephanie sees a unique opportunity at UMSI to blend her arts and humanities background with her technical aspirations.

“You have to figure out ways to make applications and systems most impactful,” Stephanie says. “If you’re making a good application or program, you have to be thinking of a story for that program and how people might want to use it, which is like film in a way.”

In addition to her role in LETSI, Stephanie has tackled a number of other projects at UMSI that have allowed her to explore ways technology can be used in education. She has worked with Professor of Information Barry Fishman on GradeCraft, a game-inspired learning management system, conducting research and a competitive analysis of the program.

“People have things they inherently love and identify with and there’s no reason why we can’t figure out how to take that and get kids excited about school in the same way,” Stephanie says. “I love the idea of turning the classroom into something that taps into what kids already enjoy.”

As a recipient of the U-M Center for the Education of Women’s (CEW) Irma M. Wyman Scholarship, which supports women in engineering, computer science or related fields, Stephanie sees the impact that programs like FEMMES or those offered by CEW can have in encouraging women to get involved in traditionally male-dominated professions.

And like the trailblazing Wyman, who overcame gender stereotypes to become one of only two women to earn a degree from the U-M College of Engineering in 1949 and later became one of the early pioneers experimenting with programmable computers, Stephanie would like to continue to help other women develop an interest and succeed in science and technology fields.

“Women astronauts or programmers are doing what they love, but can still encounter difficulties doing it,” Stephanie says. “Once I get into my field, I feel I can really help in a mentor role and try to increase the voice and presence of women in areas they aren’t overly represented in.”