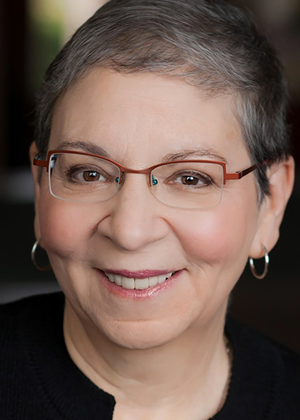 Nancy Pearl is an American librarian, best-selling author, literary critic, well known speaker and the former Executive Director of the Washington Center for the Book at the Seattle Public Library. Her prolific reading and her knowledge of books and literature first made her locally famous in Seattle, Washington, where she regularly appeared on public radio recommending books. She achieved broader fame with Book Lust, her 2003 guide to good reading, followed by More Book Lust, Book Crush and Book Lust to Go. She is also the author of George & Lizzie, a novel. As well, she hosts a monthly half hour television show on The Seattle Channel, where she interviews writers from around the country.

Under her leadership, in 1993 the Seattle Public Library began the community reading program, “If All Seattle Read the Same Book,” which has been adopted by cities around the world.

Her book reviews have appeared in The Seattle Times, Booklist, Library Journal and on the radio on KUOW-FM Seattle, and KWGS Tulsa, Oklahoma. She is a frequent contributor to NPR’s Morning Edition.

In 2003 she received an unusual honor when the Seattle-based company Accoutrements created a librarian action figure in her likeness. Featuring Pearl with a stack of books and a finger to her lips, the doll's "push to shush" action was popular with some librarians and dismaying to others who felt that the doll reinforced librarian stereotypes. Pearl herself said that the shushing aspect of the action figure would determine "which librarians have a sense of humor." A new edition of her action figure, in which she is dressed as a superhero in a red cape, was issued in 2017.