I worked as a data science intern for the Detroit Police Athletic League’s Program Administration team this summer. Detroit PAL is a non profit organization in Detroit that serves its youth through several sports, academic and leadership development programs, and aims to improve community-police relations by bringing them together. The organization currently hosts programs for about 12,000 children with around 83% being African-American. I worked with demographic and sports data from 2019; my work involved extracting data from different sources (salesforce CRM, sports signupplay CRM, etc.), cleaning it up and using it to create reports. During the internship I created annual reports for demographics and sports involvements. The organization uses these reports to apply for funds and to design future programs. A project I worked on was called ‘Girls in the Game’ where I helped on reporting girls’ numbers. This helped us realize that besides cheerleading, soccer was the fastest growing sport for girls, which means the organization could prioritize soccer events for girls. Another important inference was that the yearly retention rate of girls was much lower than of boys, meaning that the organization would move ahead with more programs focussed on girls. Additionally, with the given situation this summer where the pandemic disproportionately affected the African-American community in Detroit and increased cases of police-brutality and racial violence along with elevated voices for racial justice, the organization had to cancel all its sporting events and plan for virtual events instead. Also, it came under scrutiny for having a successful model for community-police partnership programs. I also got to look at the data from participants about their sentiments related to the police. Looking at data since 2015, out of the students in sports mentorship programs who were paired with Detroit police officers, 86% said that they now have more respect for police officers and 83.3% gained more trust in the police. Similarly, out of the officers who participated in the program in 2018, 87% said the experience improved their character. With the successful completion of this internship, I got to experience working with data in avenues that I had not experienced before. 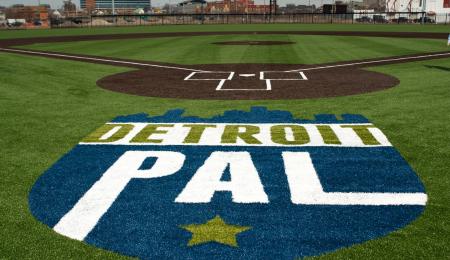